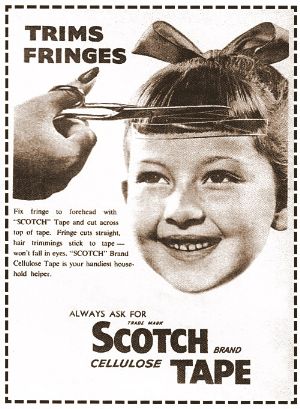 Wanna hear something hilarious?  A few days ago a woman at work said to me, “You’re learning this a lot faster than most people, you must be mechanically inclined…”

I nearly did a spit-take. Mechanically inclined?!  I had NEVER heard those words used before, in association with my dumb ass.  I mean, I’m the person who always asks the AutoZone guy to install my new windshield wipers after I buy them.  One time the manager had his 16 year old daughter go out and put them on for me.  It wasn’t one of my prouder moments…

But I was asked to help out with a calibration project at my job, and it’s fairly technical.  After hollering, “Me??” I accepted, because it will translate into some hefty overtime.  But I had my doubts.  I was certain I’d do something wrong and completely ruin a $5 million piece of equipment, or cause an explosion, or something.

Each machine acts differently, and there are a thousand (possibly even a hundred) things that can be diagnosed and adjusted.  Optics, and light curtains, and God only knows… You just have to watch the way it behaves, and tweak accordingly.  And for whatever reason… I’m kinda good at it.  By the second day I was one calibrating son of a bitch.

I told Toney about this when I got home.  And after she stopped laughing at the “mechanically inclined” comment, and wiped away some tears with the back of her hand, she said, “Well, it’s not intelligence or ability that you lack, it’s give-a-shit.”

“Hey, that’s exactly what my Junior High guidance counselor used to tell me!” I answered.  Then I had a beer, adjusted my scrotum for comfort, and fell asleep on the couch — at 7:45 pm.  I was all calibrated-out.

I worked last night, and didn’t see one minute of the Super Bowl. What were the highlights?  Did I miss anything exciting?  And by exciting, I mean the commercials… Any thoughts?  Please tell us about it in the comments.

And how was Madonna?  Was it just a bunch of dancing amongst shirtless, waxed gay men, while wearing a debt collector headset and Broadway costumes?  Yeah, that’s what I thought.

Next year I think they should have X play the halftime show.  They’d have that place whipped into a frenzy, and the two teams would probably score 60 points each in the second half.  Heh.

Who would you like to see play the Super Bowl halftime show? Motorhead? GWAR? The Butthole Surfers? What do you think would be a good choice? Too bad the Cramps aren’t still around…

And I think today’s Further Evidence link deserves some added attention. Check it out.  All four of us saw this on TV yesterday, and were HOWLING with laughter.  The guy with the laptop killed me.  I’d love to get your opinions on this fancy, high-tech device.  Great stuff.

And hopefully things will be back to normal for a while, and there won’t be giant gaps between updates.  Thanks for your patience.