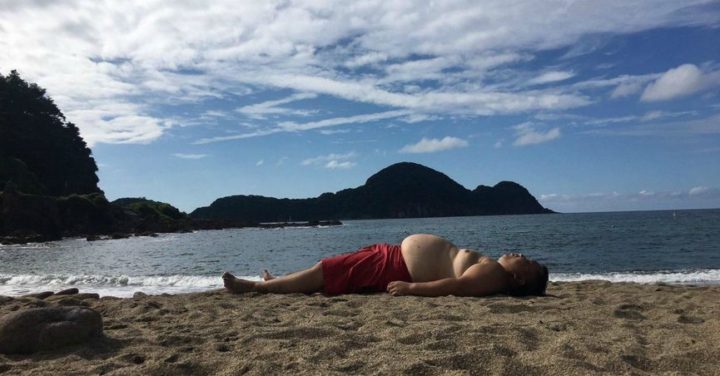 I have a substantial amount of paid time-off I need to use before the end o’ the year. We can carryover (that’s one word? weird) 40 hours, but I’m still having to burn a bunch of days. Woe is me… And so, I was off on Friday and don’t have to return until Wednesday. And I have additional days-off sprinkled throughout the rest of November, and December. I don’t think I have a single five-day workweek (another one?? WTF?) left in 2017. It’s the most wonderful time of the year!

On Monday the younger hooligan and I are going to Philly. Friday was his birthday, and I’m going to spend a day with him, just eating junk and perusing record/comic book stores. We’ll see how it goes. It’s not a slam-dunk that it will be a successful outing. He’s a curmudgeon at 19. Not sure where he gets that.

By the way, Thursday was also Toney’s birthday. And here’s how I played it… On Thursday I told her “happy birthday.” And on Friday I told the youngling the same thing. It’s a system that works for me. I didn’t feel the need to go on Facebook and write a couple of rambling, sappy-ass tributes. “Nineteen years ago today our family was made complete…” and “Happy birthday sweetie! I feel so lucky to be sharing this journey with you” etc. Blecch! Will somebody pass me the vomit bucket? No, I live in the same house as they do, and see them from time to time. So, I just tell them. You know, in the kitchen or whatever. It’s wild, I know.

Last week I thought my two month-old desktop computer had completely shit the credenza. It would power-up, but nothing more. The monitor wouldn’t come out of sleep-mode, and it didn’t even sound like the machine was fully booting up. Great! I just bought the thing. And I could imagine arguments with people at the store, and then the Lenovo customer service reps. ‘Cause, I knew for a fact the store wasn’t going to do anything for me. I mean, seriously.

So, I paced around the house like a dementia patient at dusk, muttering obscenities and getting more and more fired up about the upcoming interactions I could envision inside my head. “Just call the store!” Toney kept telling me. Finally, out of a sense of exasperation, she called herself.

The guy said they’d be happy to diagnose the problem for free, but exchanges or returns have to happen within the first 14 days. “Could you hear his neck beard scratching against the receiver?” I asked her. “I bet he’s morbidly obese, and has a full neck beard. No facial hair whatsoever, just a big wraparound beard on his bulbous neck. Asshole! They’re going to pass the buck, or try to charge me hundreds of dollars to fix it. This is bullshit!”

And the next day I took the tower over there, ready to do battle. Oh, I was prepared. I knew I’d ultimately lose, but would get in a few good licks before it was over. That’s for goddamn sure. So, let’s get to it, big boy.

Yeah, and he was super nice and figured out the problem in less than five minutes. The cable running from the monitor to the computer was bad. The replacement cost $20. Everything is now fixed, and working great. I was ecstatic. The man’s a genius, and a credit to the human race. He could’ve easily sold me a new monitor, and my dumb ass wouldn’t have known any better. But he was a good guy, as well as impressively knowledgeable. Who could’ve predicted such a thing??

He did have a magnificent neck beard, though. So, at least I was right about one thing.

For the past week or so there’s been a single firecracker beside the sink in the upstairs bathroom. I keep meaning to ask about it, but never remember. The only thing I can come up with is that somebody in the family is experiencing a severe case of constipation, and they’re fixin’ to blast it loose. Right? There can be no other explanation.

Also, I mentioned this at Facebook… But on Friday we had dinner in a local restaurant, and I ordered a Founders All-Day IPA. And the rim of the glass was coated with Old Bay seasoning. What in the star-spangled shit?! Why?? I have never, in all my ludicrous days, encountered such a thing. I attempted to wipe it off with a napkin, but it was still burning my lips like fire. I don’t understand, I really don’t. Have you ever encountered a baffling beer delivery system that bordered on insanity, like that? Please tell us about it.

I finished watching the second season of Stranger Things last night. It was good, even better than the first season, I think. However, it’s set in 1984 and I noticed a few inauthentic moments. For instance, a character made reference to KFC in one of the early episodes. Um… it was Kentucky Fried Chicken until 1991. NOBODY called it KFC in 1984. So, that was absolute bullshit. Also, there was a scene where high school boys were playing basketball, and one of them shouted, “Yeah! That’s what I’m talking about!!” In ’84? I don’t think so. And everybody uses “chill” all the time, as well. Please. That’s NOT period-accurate.

How could these kinds of things make it past the QC crew? They need to hire me to serve in that capacity. I’m both old and mildly insane about that kind of shit. I was also picking apart Stephen King’s 11/22/63 while reading it. I don’t know about stuff like specific models of flashlights that weren’t produced until 1990, or whatever. But I’m zeroed in on the language, like a sumbitch. There was some terrible program on Showtime recently, about standup comedians in 1973 Los Angeles, that was so awful I couldn’t make it past the second episode. People were talking about their dogs being “a rescue,” etc. In 1973! My brain nearly exploded.

I want to be a highly-paid period-accuracy Nazi. Wonder how one might go about making that happen?

For a Question, let’s stick with 1984. People are always talking about how much better it was back then, or before. What are some things that were worse, far worse? Please tell us about it in the comments.

I know I’m off-schedule again. Sorry. I’m going to Philly tomorrow, so I’ll tell you about that adventure next time. Maybe Wednesday, but probably Thursday.