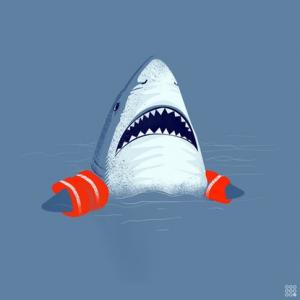 You know, I’ve written about this before, but many young people are incredibly stupid, aren’t they?  Well, stupid might not be the right word… Aggressively uninformed is probably more accurate.

When news broke a few days ago, about the death of Neil Armstrong, lots of dumbasses took to Twitter to mourn the passing of the lead singer of Green Day.  You can read about it here.

Plenty of folks feel compelled to defend today’s younglings, and I’m sure a few of you will, as well.  But I’m constantly amazed at how little they know.  I’ve encountered teenagers who don’t know when Clinton was president, believe we fought the Germans in the Vietnam War during the late 1980s, and think Pearl Harbor was a country/western singer.

I grew up in the 1970s, but my general knowledge extended back a few generations. I wasn’t an expert on most topics, but knew enough to follow a conversation.  Today?  They don’t know shit, and don’t want to know.

Our kids are exceptions, because we’re always talking with them.  They learn about things through our conversations.  Ya know?  And they watch TV, and read books.  I sincerely don’t understand how a person can reach the age of 16 or 17 and have no idea about history or culture beyond the last five years.  Do they just live inside a bubble where they hang out and talk with their equally dumbass friends, and nothing else? It appears to be the case.

I could say it makes me sad, but that would be melodramatic and untrue. It just amazes me, and pisses me off a little.

Anyway, our trip to New York City already feels like it happened in June or something.  It’s crazy how cluttered our lives have become.  We’ve sifted through a mountain of bullshit since last Thursday — nothing unusual, just the normal mountain — and it seems like NYC was a good while ago.  By this time next week it’ll be in the same memory bucket as the game I saw at Fenway Park in 1978. I long for the days when a weekend was a big luxurious expanse of time, filled with adventure and wonder. Now they pass in the wink of a sphincter.

Last week I offered Crossroads Road for free in the Kindle Store: Monday through Friday. I didn’t mention it here, because I figured most of you have already read it, or are not interested.  But here are the results:

The top two numbers blow my mind a little.  And it’s already led to seven new Amazon reviews — all positive, thank you very much.  I fully expect a couple of one or two-star criticisms before it’s said and done, though.  When so many copies go into circulation, all at once, there are bound to be a few folks who hate it, and feel motivated enough to tell the world about it.  It’s the downside of such an exercise.

But, on the whole, I think it’s great that Amazon lets us do this now.  When the book was originally published they didn’t allow free pricing, unless you jumped through a million hoops.  Now they let you have five free days per quarter.  This time I chose to use them all at once, and for a few magical hours Crossroads Road was one of the top 20 most-popular books in the Kindle Store.  Very cool.

And speaking of books, I have a deadline approaching for the first 100 pages of my next one.  I’m supposed to turn them in during the week of Labor Day, which is… next Monday.  So, I’ve taken vacation days on Wednesday and Sunday, which will translate into six days off in a row.  I don’t know how often the site will be updated during that stretch, but I’ll try not to let things get too far out of hand.  Just a heads up.

I think it’s going well,  so far. I’m cautiously optimistic.  Sure, on some days I feel like slugging myself in the genitalia, and screaming LOSER! in the mirror.  But then I read what I’ve written the next morning, and think everything’s going to be OK.  I’ll keep you updated, without going overboard like I did with Crossroads Road.  I’ve adopted a strict no-droning-on-and-on policy.

And I need to go to work now.  Lots of stress there… Holy hell.  I wish I could tell you about it, but the Eye in the Sky is watching our every move.

See you tomorrow, my friends.