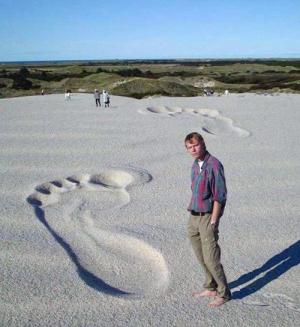 I have a so-called manifesto that I typed-out a few months ago.  It’s saved on my computer, and I check it every once in a while.  It’s designed to keep me on the straight and narrow, as it pertains to these updates.  Basically, it’s a DO NOT DO THIS list.

The very first item is “do not whine.”  I’ve been guilty of it in the past, and hated myself afterward.  Righteous anger is one thing, and whining is quite another.  And I want you guys to know… I’m sticking to it.  Even though I’m in whiny-ass mood today.  You’re welcome.

This is the time of year in the Upper Perogie belt when you can see people wearing clothes designed for all four seasons.  On Saturday I saw a girl wearing short-shorts and a sleeveless t-shirt, and five minutes later… a woman in a puffy ski jacket.  It’s anarchy in the streets!

It looks like full-blown spring outside, but it’s actually still pretty damn cold.  So, it’s an optical illusion of sorts, and folks are overreacting and misfiring in every direction.  Dumbasses.

On Friday I mowed for the first time this season.  It eats it from the ass-in.  I hated mowing when I was 11, and I continue to hate it at 50.  Anybody who says they “love” mowing is either a goddamn liar, or mentally ill.  They go into the same category as people who claim to like opera.  Am I wrong?  What other activities belong in that particular folder?

In any case, the mower wouldn’t start, which is a yearly tradition around here.  As is the daisy-chain of profanity it triggers.  I yanked and yanked, and the bastard would NOT turn over.  Grrr…

Frustrated, and foaming at the mouth, I decided it might not have been such a great idea to use the leftover gas from last summer.  So, I poured out the tiny bit that was left in the can, and tipped the mower sideways and emptied the tank into the grass.  Yeah, I know, it’s probably not the proper way of doing it.  But, tough shit.

I went to Sheetz, bought $5 worth of fresh gas, and the mower fired-up on the first yank o’ the cord.  A small victory…  And there aren’t too many these days.

A guy at work came up to me a few days ago and said, “After all the crap that’s come between them, they’re still together.”  Confused, I said, “Who?”  And he answered, with obvious glee, “My butt cheeks!”

Then I saw him do it to about ten other people. Not a single one of them laughed, and most had a look of mild disgust on their face.  Later, I asked him if he’d written that so-called joke himself; it felt home-grown to me.  But he said he saw it on Facebook.  And so it goes…

Have any “jokes” rampaged through your workplace recently? Please share.

And I need to hit the road now, but I’ll leave you with a Question I asked on Twitter this morning.  What is the name of your nonexistent alt-rock band?  I offered two:  The Coinstar Drunks, and Lawn Truffles.  The Fatty Livers was probably my favorite from the twitterverse.  What would you call your band?  Please tell us about it in the comments.