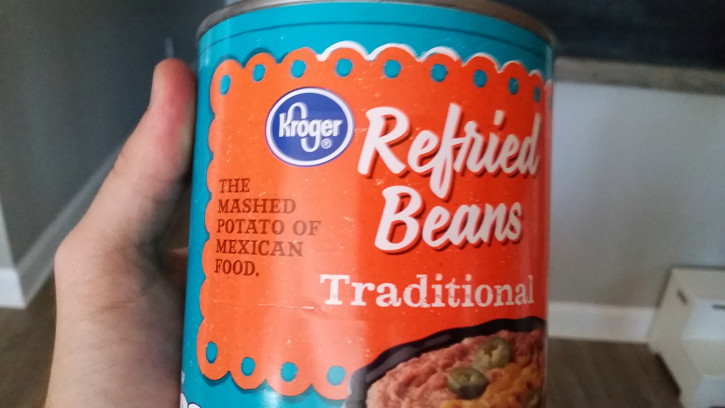 While the Super Bowl was underway last night I watched the latest episode of Hell’s Kitchen (that obnoxious Jackie needs to go), two episodes of Restaurant Startup (why??), and two hours of The Killing (starting to lose me a bit). I did see about 30 minutes of the game, and it was 10-0 Denver when I jumped ship on account o’ the boredom.

I drank a few beers last night, too. It was the first time I had alcohol in 2016, and regret it. It cost me $20 for a case, and I didn’t even enjoy it all that much. Oh, it was fine, but not worth 20 bucks. Today I invited Toney to finish ’em off during the next week or two. And I’m going back on the wagon. Fukkit. I’m sleeping better, and making progress on the ridiculous novel I’m slowly (very slowly) writing. So… somebody should alert Dick Yuengling that his profits are going to continue to slide for a while.

Yesterday I had to be at work at 5 am, which nearly killed me. I’ve worked nights since 2007, and whenever I have to shake it up a bit… I find myself one step away from a hospital stay. When I got home yesterday, around 2 pm, I could barely function. I reportedly downed a footlong BMT from Subway, and don’t really even remember buying or ingesting the thing. Then I slipped into a mini-coma, while sitting upright on the couch, and woke in complete darkness. My head was ratcheted off to the right, like I was hanging from a rope. Hours had passed, and everything except my tiny Hawking head was in exactly the same position.

Can somebody please pass the hot water bottle? Sheesh. I’m starting to give Nostrils a run for the money over here. Cooking shows instead of football and beer? Absolute emotional and physical collapse because I had to get up early? It’s sad.

But let’s move on… I just rebooted this computer, because it was acting all sluggish and bogged-down. I hit restart at 3:36, and it was usable again at 4:04. It shouldn’t take 28 minutes to reboot a desktop computer, right? I didn’t think so. And my laptop isn’t much better. Both are running Windows Vista, which should give you an idea about their age.

I’m thinking about replacing the laptop soon, but need some advice. I use Microsoft Word a lot, and need to upgrade that shit too. I’m using Office 2003 on the laptop, my desktop, and Toney’s desktop. What’s the best (cheapest) way to get a newer version on all three machines? It’s gotten complicated, with subscription models and PC Key Cards, etc. What in the tight-fisted hell? I’d just like to have the same version across all three computers, without having to send a pallet of cash to Redmond, WA. Ya know?

Help me out, won’t you? Sure, I could do some research, and educate myself, but it would require a level of effort I’m not willing to put forth at the moment. Thank you in advance for enabling my half-assery.

A few days ago I went into a public men’s room, and there was a pair of jeans stuffed into the trash can. Please help me understand what happened… I can come up with a couple of scenarios, without too much trouble, but there’s a fundamental problem with both of them. What are your thoughts? Use the comments link.

Wanna see something mind-boggling? Check out this “news” item about Sammy Hagar (gasp!) wishing Eddie Van Halen a happy birthday on Twitter. Then Sammy (are you ready for this??) thanked him. That’s it. That’s the whole story. And it’s generated more than 1200 comments and 6000 social media shares. I don’t know or understand such a level of nerdery. I sometimes wish I had that much passion about something, but don’t. I wonder if anyone had to call off work because of this?

On Sunday Toney and I went to Chipotle for lunch and the thought of contracting E.coli jumped to mind. Oh, they’ve had their troubles… But, damn, their chicken bowls are so freakin’ good, I’m willing to risk it. While standing in line, I told Toney I was going to lighten the mood a bit, and ask the guy at the counter to give me “an extra shot of that Mexican shit water” with my meal. But she advised me to play it straight, and I did. Maybe next time?

In addition to the questions, I’ve already asked… here’s another one for ya: Do you think anybody is pissed at you right now, or at least annoyed? If so, why? Tell us about it, won’t you?

And I need to go now. I’m still not hitting on all cylinders, and feel like burrowing into a couch or chair, and maybe watching some mediocre-at-best television.