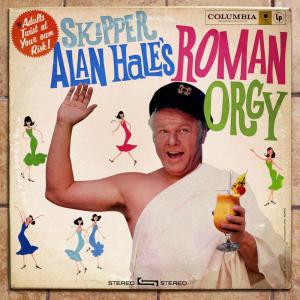 But I think I’m going to make it.  I’m starting to get cocky.  Hopefully the universe won’t strike me down for lack of respect.

The new Eels album came out Tuesday, and nobody has it in stock.  Not even Amazon.  WTF?  I’ve had a highly illegal download for weeks, compliments of my vast network of liars and backstabbers.  But I need the CD.  I have all their albums on disc, and feel compelled to continue the tradition.

The new record is a lot of fun, by the way.  It’s not one of their dark outings, it’s fairly optimistic and upbeat.  I listen to it two or three times per night, at work.

The Secrets will be accompanying me and Steve to Philly in a few weeks, to see the band in concert.  It will be their first real show.  We can’t count Weird Al and Elton John, right?  Although both of those were fun…  The Eels show will be in a club setting, with drunks and derelicts, and the whole nine yards.  It should be exciting for them.

Plus there’s this little detail:  Eels rock like a son of a bitch in concert.  It’s impossible not to have a great time.

Speaking of the Secrets…  I was at work at few nights ago (go figure), and was thinking about how everything will be different in five years.  Both of them will probably be in college, possibly living away from home.  And I started to get a little sad.

So, I sent them both a text message that said, “Love ya, buddy.”

And they became convinced I was standing on a bridge somewhere, telling them goodbye before I took the plunge.  Or something along those lines.  Toney called me, wanting to know what was going on.  “Why did you send those weird messages?” she asked.

Sheesh.  A guy can’t even give his kids an electronic hug, without being accused of having suicidal tendencies.

In September Toney and I will be celebrating our 20th wedding anniversary, and have been casually trying to come up with interesting ways to celebrate.  We were thinking about maybe going to Atlanta, since that’s where we met, and were married.  We haven’t been back since 1997, which seems insane.  It’s a good option.  We could eat and drink a wide swath through that town, just like the old days.

We also talked about plunking down some dollars on a fancy-ass hotel room in NYC, and spending a few days there.  Maybe taking in a show, and that kind o’ thing…  It would be easier to accomplish, since it’s a 90 minute drive from here.

What do you think?  Any suggestions?  What have you done on your “important” anniversaries?  Anything extra-interesting?  I need guidance.

And I have to go now, back to my home away from home.  Ahhh… it’s paradise.  My nipples are exploding with delight.

If I can get my sorry ass out of bed, I’ll see you again tomorrow.