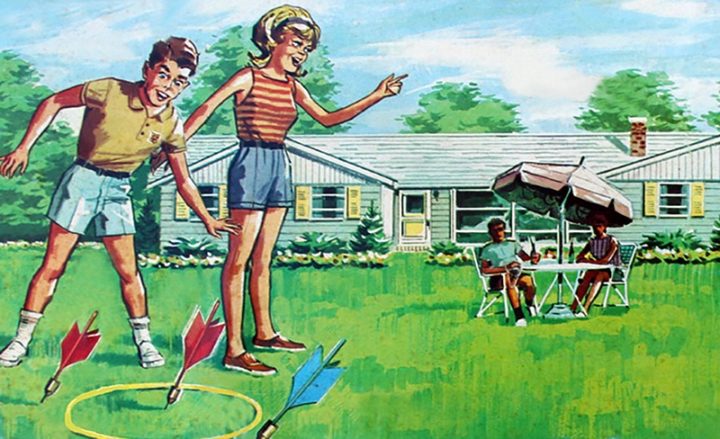 In the latest episode of the podcast, I talk about running into someone from work in an unlikely place. It blew my mind a little. I’d like to know about the crazy places you’ve encountered people you know. While traveling, perhaps? I remember when I was a kid we’d always see people from Dunbar in Myrtle Beach. I guess it’s not that weird since it was the accepted vacation spot of the greater Charleston metropolitan area. But it amazed me, nonetheless, seeing those folks WAY out of context. What do you have on this one? Use the comments section.

And here’s the description for the new podcast episode, along with the fancy listenin’ engine. Or whatever.

In this one, I tell you about the adventure we got ourselves into while returning Dusty the Bellringer on Saturday, how I ran into someone from work in a highly unlikely place, the update(?!) I received about my Ancestry DNA results, and how I could almost certainly be hypnotized. Then I play a message left on the hotline all the way from Scotland. I hope you enjoy it. Thanks for listening!

I’m cooking a big pot o’ beans as I type this. Like a granny! Hey, all I know is… they’re delicious and make the house smell fantastic. As I threatened last time, I’m trying to take my lunch to work now, and this is Day Two of the experiment. I’ve had it with the food situation there and need to take matters into my own hands. So, today I’m going to take a big bowl of so-called white beans (navy beans? great northerns?), a ham sandwich, and some other odds and ends. It requires some prep, but I won’t be out there driving to the world’s worst McDonald’s tonight, or visiting the bum-spangled Burger King. Which will save me some money and lower my daily sodium intake by roughly a million… watts? Hey, I never said I was a scientist.

For the record, I made a previous mess o’ beans on Sunday, but everybody ate them in short order. They were great! I put a big smoky ham hock in there, and it was nothing short of delicious. Not to mention filling. And it costs something like two dollars! Sure, I might be farting down cubicle walls by 9 pm, but only others will suffer.

I don’t want to go on and on about it, but I think beans are a forgotten food item in 2019. They’re great! Very underrated. Who’s with me?! …Hello? 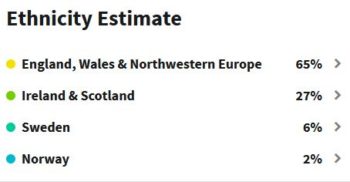 A few days ago Ancestry sent me an email saying my DNA results have been “updated.” They mentioned this early in the process, that the science is always evolving and being refined or somesuch. And I might receive updated info. In any case, here’s how it looks now. Previously it was 64% England, Wales & Northwestern Europe, and 36% Ireland & Scotland. So, the England part was increased, and the Ireland/Scotland hunk was split off with some Viking. Huh. Maybe my Mom is right… it’s all a bunch of crap? 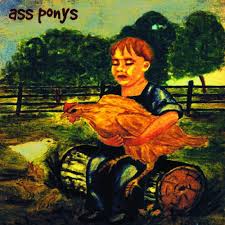 Finally, I listened to the penultimate album by the mighty Ass Ponys while writing this update, which is called Some Stupid With A Flare Gun. I love all things Ass Ponys, as well as Chuck Cleaver’s later and current band Wussy. But I especially like his earlier band’s final two albums, created after being dropped by a major label. Many groups don’t survive such a thing, but they rebounded with their best work. Great, great stuff! The last album is called Lohio and might even be better than this one. It’s hard to say, ’cause they’re both masterpieces.

I hope you guys enjoyed this quickie. Please don’t forget to tell us about your coincidental encounters in far-flung locales, and I’d also be interested to know what you believe are grossly underrated foods. Tell us all about it in the comments.

And I’ll see you again soon!

Have a great one.