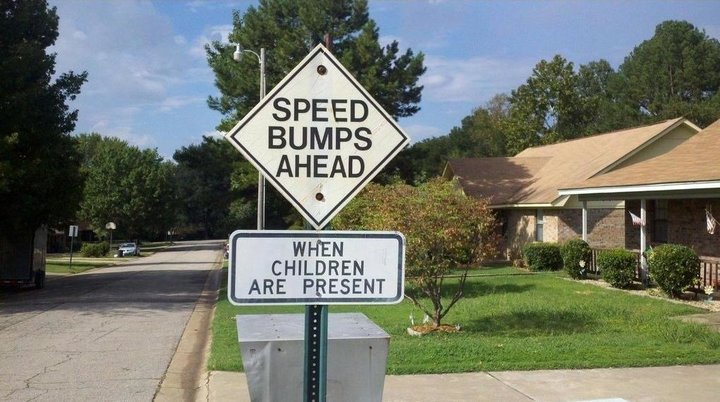 I’m typing this at our dining room table on Saturday afternoon, but… as you’re reading it, I’m very likely in West Virginia. Probably sitting in my parents’ living room, watching something hosted by Steve Harvey. And he’ll be doing this. It’s some kind of WordPress-fueled hoodoo time-shift black magic. And who could blame you for being a little scared?

In any case… I took my car in for an oil change, to a place I stopped patronizing several years ago, because they try to rip me off. Or, so I’m convinced. And (are you ready for this?) the guy called, and said I need front brakes and rotors: $320. “I wouldn’t drive it like this, it’s dangerous,” he added, for maximum effect. I just had $750 worth of work done to that car, including extensive, expensive brake repair. I told him I wanted an oil change and tire rotation only, and he made the sounds of disapproval. And we moved on.

But, do you see what I mean? Now I’m going to have that idea in the back of my mind the whole time, even though there’s been absolutely no evidence of a problem with the brakes. I think he’s just trying to bend me over the proverbial fainting couch. And $320?! Can he smell the lack of knowledge and gullibility on me? Was I unknowingly “presenting” as I walked through the door?

My dad probably has an industrial lift in his garage. He’s into things like car repair and lawn maintenance, while I’m more partial to the Buzzcocks and Taco Bell. So, I’ll ask him to take a look. I’m getting irritated just thinking about it. During the entire drive I’m going to be certain the brakes are about to shit the sideboard, and we’ll go cartwheeling into the side of a Panera Bread. Bastards.

Just so you know, I almost typed “Helen Keller jokes” above, instead of “Taco Bell.” But my inner comedy sensors told me Taco Bell was slightly funnier. But I do have a good, quick story to tell about Helen Keller jokes.

One time we were on our way to a WEA convention, possibly in California somewhere. It feels like it was California. And a bunch of us were on an airport shuttle, headed toward our hotel. As far as I knew, everybody on that thing was from WEA. I didn’t realize there was also a handful of “civilians.”

Laughter rocked the short-bus, and I leaned back in my chair. My work here was done. But, when we stopped at a hotel other than ours, just a few minutes later, an unknown woman stood up, turned to me, and said, “You’re disgusting.” Complete silence overtook the vehicle. But after she was gone, and the doors closed behind her, we all shared a hearty secondary laugh that lasted for an extended length of time. And I still don’t know what part of it offended her. Oh well. She can ram it up her ass.

Also, for the record, I heard that joke during high school. A girl named Janet Smith told it to me, and I thought it was just about the best thing ever. That was more than 35 years ago, and it still ranks up there in my mind. If I bump into her while I’m home, I’ll have to thank her. I’m sure she has no recollection of it, and might even say she’s never heard the joke itself. That happens to me, all the time. Steve will bring up something we talked about decades ago, which stuck with him, and I’ll have absolutely no memory of it. Some of the comments I reportedly made back then are pretty funny, though. I have to hand it to me.

I’ll leave you now with a quick question. I’m heading to the greater Dunbar, WV metropolitan area. And Dunbar is known for a few things, all fairly small.

For instance, it was the original home of Gravely Tractor. They used to have a big manufacturing plant there, and here’s some info about it. “Benjamin Franklin Gravely, of Dunbar, West Virginia…” How’s that for scintillating? And, by the way, they left Dunbar in 1968.

Also, Dunbar is the home of the Commode Bowl, which has been held on Thanksgiving Day there for 68 years. Railroad tracks split the town in half, and folks say they live on the river side or the hill side (of the tracks). And so, the teams that do battle every year are the Hillside Rams and the River Rats. There’s also a parade, and a dance. And there’s a considerable amount of alcohol involved… Here’s some footage from the 1963 parade, and game:

The question: What is an interesting fact about your hometown? If you’re from NYC, this probably isn’t such a great question. But if you’re from a small town, it might be interesting? We’ll see, won’t we? Use the comments link. If you’ve got nothing, feel free to tell us about car repair ripoffs, or the times you’ve said inappropriate things that were overheard by innocent bystanders.

And I’ll be back with you guys on Thursday.