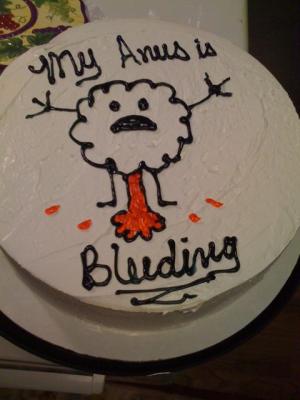 You know what’s a good look for a man?  A slightly too-tight t-shirt, with cig pocket, tucked into radically-blue jeans, and a wide leather belt.  That says style, right there. Style, with a little sassiness.

Toney came home for lunch today, and I was still in bed, clear-cutting timber.  The alarm clock had been pummeled into submission, and I was fully asleep when she gave me an irritating shake.  I’m not a fan of being woken up by another human.  Ya know?  An alarm isn’t my favorite, either.  But that wake-shake is on a whole other level.

Plus, it pisses me off when I sleep that long.  I have a section in Evernote called To Do (NOW).  I also have a more open-ended to-do list (called To Do), but the one with (NOW) at the end contains all the pressing stuff.  There are currently six items listed.  I’m scheduled to work on Saturday, so I basically have Thursday and Friday to get ‘em done.  I can’t be sleeping all the time, like a 13 year old dog.  Grrr…

And just so you know, when I finish this update, the list will shrink to five items.  So, as of right now… I’ve accomplished nothing.  We’re holding at six.

Yesterday I installed a new WordPress plugin, that supposedly allows you to send Surf Report updates to your Kindle, so you can read them later or whatever.  The button is at the bottom of each post.  Please let me know if it works.  It’s hot off the press, and I’m not really sure how useful or reliable it is.  Let me know your thoughts, if you try it out.

Also, Mark Everett, aka E – of the Eels, is the guest on today’s Marc Maron podcast.  I’d never heard a longish interview with him before, and it’s really good.  You should check it out, if you’re so inclined.  He performs a song at the end, “True Original” from the new album.

My only complaint:  the show is only an hour long.  I could’ve gone for another 30 minutes, at least.  E is smart and funny, and he and Maron have a good chemistry.  Oh well, the glass is half-full, right?  Right.

Another little Nancy tidbit for you guys:  on Sunday she told Toney her whole family remains in a state of agony because of the recent time-change.  Twice a year, spring forward AND fall back, the Nancy family is devastated for weeks on end.  They’re like a cartoon.

Last weekend the older boy drove himself to Best Buy, and was going to purchase a new video game.  I have no idea what it was… River of Blood IV, or something.  But the girl wouldn’t let him buy it, because he’s not 17.  She carded him, told him he’s not old enough, and (according to him) yelled “Get out!”

I was dubious about the last part of that story, but anything’s possible.  Humanity deserves a swift kick to the balls a large percentage of the time.

But Toney took his money, and went there several hours later.  She bought the game for him, and the same girl (we’re guessing) started in with the aggressive questioning.  “Is this for someone under the age of 17?!” she demanded.  “Who is this for?!”

I don’t know how Toney didn’t tell her to go fuck herself.  She’s certainly capable of such a thing.  She said the girl looked like she was only about 17 or 18 herself, and this is probably the first sliver of authority she’s ever been granted.  Now she fancies herself The Gatekeeper.

That kind of thing rarely happens to me, because I give off an air of “about had it.”  People don’t like to risk pushing me over the edge.  It’s a useful posture, I find.

I’m 50 years old now, which blows my mind, but still feel like I’m about 23, emotionally speaking.  Well, I’m more mellow, and less volatile than during those days…  But I don’t feel like I always imagined 50 to be.  Nowhere close.

However, there are some signs of aging starting to pop up.  I don’t care for it…  Here are the ones that jump immediately to my mind:

Have you been noticing anything going on, in the aging department?  What’s happening these days?  Please tell me I’m not alone.  Use the comments link below.

And I’ll be back soon.  Have a great day, my friends.