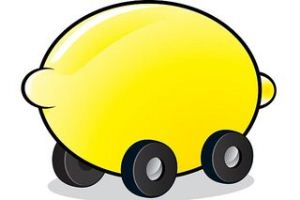 Today I’m having lunch with Steve, and one of our old classmates from Dunbar High.  His name is Chuck, and he’s up here for the Pocono NASCAR race. As far as I know, I haven’t seen him since graduation day in 1981.  Or, you know… thereabouts.  Should be interesting.

Chuck was a cross country runner, with Steve, but I didn’t know him very well.  The only running I did in high school was from pissed off motorists, after I hit their car with a snowball. Or an apple. Or a dirt clod.  So, you see, my running was borne of a much less formal discipline.

In any case, I’m looking forward to it.  It’s always good to see folks from the old days.  Well, not always… In fact, I don’t know why I even typed such a blatant lie.  But it’ll be good to see Chuck.  Tomorrow I’ll let you know how it went.

I left an obvious entry off my recent ‘50 Signs You Might Be A Pain In The Ass’ list:  You tell everyone your dog is a “rescue.”  That means you got him at the pound, which is a good thing.  But (I’m sorry to have to break the news to you) it doesn’t turn you into a 9/11 fireman.  Rescue? Hmmm…  That kinda takes the spotlight off the dog and puts it squarely on you, doesn’t it?  And qualifies you as a pain in the ass.

Speaking of dogs, I gave Andy a bath a few nights ago.  It’s always an ordeal, so it doesn’t happen very often.  Nobody else will do it, and I try to put if off as long as possible.  He fights and wiggles and shakes and dribbles pee everywhere…  He’s the most neurotic dog I’ve ever met.  He’s the Richard Lewis of dogs.

But I got him scrubbed down and rinsed, and he smells slightly better.  And after it was done, he ran around the house for ten minutes, frolicking like a pup.  He seems to love it once it’s over, and fears it like the dentist drill before it happens.

Crazy hound… He’s neurotic, his breath smells like an open grave, he aggressively begs for food, barks at everyone who walks past our house, licks his feet, jumps up on the bed and lines his ass up with my face, complicates our travel plans, and shits up our yard.  Yet he makes me happy, just by wandering into the room. It’s a difficult thing to understand.

You know what I miss?  Those gigantic Circuit City receipts. Remember those?  You’d go in there to buy a Fountains of Wayne CD, and a three-yard length of paper would come scrolling out of the register.  The cashier would have to stand there and wait for it to stop printing, then fold it in half a couple of times, before handing it to you.

I think they went out of business because of those receipts.  The cost of paper sank them, I believe.  But I appreciated the absurdity of it all.  And miss it.

Finally, since I started by mentioning NASCAR, I’ll bring it back around and end this update with a Question about cars.  Specifically: What’s the worst piece of shit you’ve ever owned?

Thankfully, I’ve never had any really bad cars.  So far I’ve never driven an $800 hunk o’ junk that might catch fire at any minute, or something like that.  Of course, the day’s young…  But I certainly had a couple of vehicles that were infuriating.

The first was a 1989 Hyundai Excel.  I bought it new, when I lived in Atlanta.  I thought it looked like a freaking Mercedes Benz, despite the price tag of $8000.  And for the first 100,000 miles, it was a good car.  But once I passed over that threshold, there was a full collapse.

It was one thing after another:  everything was breaking in alphabetical order.  And while I was standing on a car lot trying (desperately) to negotiate a trade-in deal… I could see – in my peripheral vision – a river of oil coming from the Hyundai, straight toward me and the salesman.

It was a disposable car, at a disposable price.  But I was poor and was trying to squeeze a few more years out of it.  And it turned into a low-grade nightmare.

My worst car experience, however, was chronicled right here at the website: a 1999 total turd of a Chevy Blazer.  It wasn’t cheap, was nearly new when I bought it, and had every electrical problem known to man.  Oh god, just picturing that shitbox raises my blood pressure.  Wow!  Every issue – and there were many – cost $700.

That Blazer nearly drove me to tears, prison, and the nuthouse.  I had frequent visions of torching it, or rolling it off a cliff.  I swore I’d never buy another American car, which probably wasn’t fair.  But so far… I’ve been sticking with Japan.

Now it’s your turn.  What’s the worst car you’ve ever owned?  Please tell us about its unique features and charms in the comments section below.