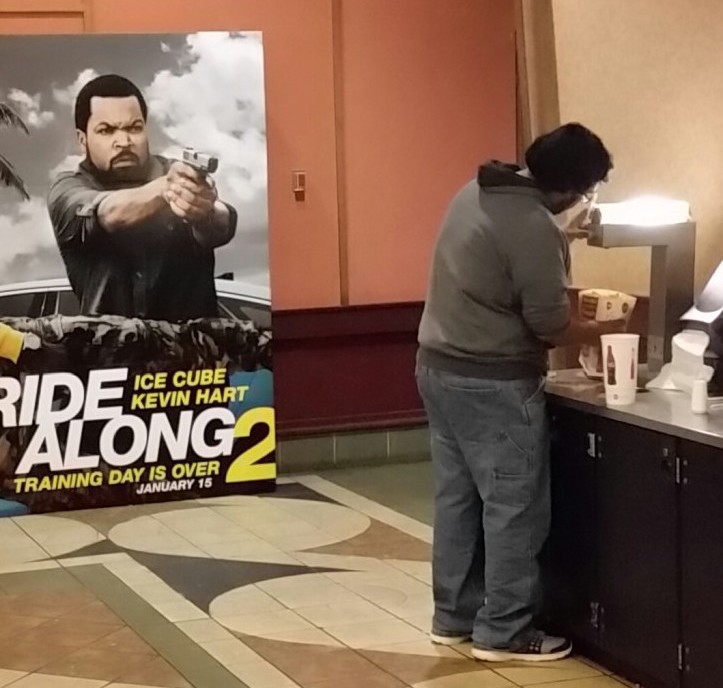 Happy new year, I guess. Whatever. Right now, I’m not feeling it. But I hope it’s going well for you. I really do.

I’m writing this on my laptop at our dining room table drinking coffee that’s too strong because we had to rush out and buy a new coffee maker since the old one shit the bed and we just can’t seem to get the calibration right. And how’s that for a quality run-on sentence? Yesterday’s first pot tasted like tap water, and the second pot was somewhat better. Today I tinkered with it some more, and over-corrected. I feel like there’s something going on inside my lower intestines that could very well end in tears and property damage.

Lemmy died a few days ago, and now everybody is pretending to be a huge Motorhead fan, practically incapacitated by the news. Or, at least they were. It’s probably a little too late, at this point, to turn it into a proper “look at me” event. So, a few have moved on to Natalie Cole. Ha! People are so full of crap. It’s unbelievable. Every time I open Facebook I end up muttering, “Oh, blow me,” and click out in disgust. So much phoniness… Holden Caulfield was right. No wonder he ended up in the wacky shack.

I watched all ten episodes of Making a Murderer on Netflix last week. I did it two episodes at a time over five days, and it wasn’t what I was expecting. I figured it would be a twisty-turny murder mystery, but it was actually the story of a man — likely innocent — caught up in a nightmare scenario for the second time. It’s scary, because it feels like it could happen to any of us. It was ultimately depressing, except for one thing: I thank the Lord I don’t have an accent like those people. Wow! How does something like that happen?

Toney and I are also ripping through House of Cards. I had my doubts at the beginning, because it felt like a soap opera. But I’m now fully-invested. We’ve seen the first two episodes of Season 2, and will continue with it tonight. What other Netflix Originals would you suggest? I watched the first season of Orange Is The New Black. Should I go back to it? Or is it nothing but unsightly butch women having sex with each other? What else is good?

I downloaded this album a week or so ago, and am fairly obsessed with it. It’s been on perma-play in the bunker for days. Here’s a song from it, for your sampling pleasure:

I almost ran over a dog a few nights ago, while on a beer-run. It was a Jack Russell pup, and it shot out between two parks cars — directly in front of me — and came oh-so-close to going to that big leash-free area in the sky. I slammed on my brakes, and the little bastard continued running and running and running. And within seconds there were roughly twenty people surrounding my car, thanking me and trying to wrangle the beast. I couldn’t move, because the dog was running serpentine through the neighborhood, with a gang of 14 year old boys chasing it and hollering, “RUBY!!” It was pandemonium. The beer was good, though. I got a six pack of this. Needless to say, I dedicated the first one to Ruby, who is probably dead by now.

Finally, I’m generally against such things, but I’ve made a New Year’s resolution, of sorts. Not really, but close. Here it is:

No alcohol until the first draft of the new novel is completed. This started on January 1, and I hope to have the first-pass done within six months. At that point, if I haven’t long ago said fukkit, I’ll assess the situation.

Also, I’m going to establish a production schedule, and try to stick to it. And that will all hinge on another life-hack: in bed by midnight, up by 8. Seven days per week. If I’m up at 8 am, I should be able to write from 9 am to 1 pm on workdays. That’s a big chunk o’ time that I’m currently pissing away.

So, you see, it all ties together… No alcohol, so I don’t stay up too late. Plus, it’ll theoretically keep my mind a little clearer, and maybe translate into a higher-quality dick joke. The production schedule will be written on Sunday for the upcoming week, and can only be accomplished if I follow the up-by-8 regimen.

What do you think? Two weeks, tops? Maybe one? No way. I’m sticking to it. I’m getting old, and have shit to do. If I don’t “go pro” with it, it’ll all slip away. And that scares me, it really does.

Any resolutions for you this year? Tell us about it, if you’re so inclined. I know they’re silly, but I’m going to try to make a couple of small tweaks and squeeze some extra work out every week. Stay tuned.

I’ll see you guys again soon. I’m not sure when, but it’ll be in tomorrow’s production schedule.