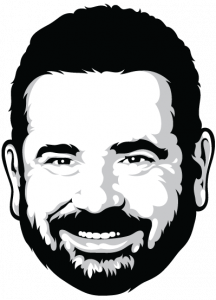 For a few years Toney and I maintained a tradition of sorts, where we’d talk my parents into coming up here to watch the Secrets for a couple of days in early September, and the two of us would go somewhere for our anniversary.  I think we did it three years in a row, and then everything came off the tracks for some reason.

We were thinking about trying to resurrect it this year, by maybe attending a beer festival in the Poconos sometime in November.  We thought we could make a weekend of it, and rent a room at the resort, and the whole nine yards.

So Toney called the place a few days ago, to get the details.  And yeah, we won’t be going…

Anyone care to guess the package price for two nights in the so-called lodge, two dinners, two breakfasts, and passes to the festival?  Well, you don’t have to guess, ’cause it’s $800.

I’m sorry, but that ain’t gonna happen.  I had $350-$400 in my head, and I’m usually pretty good at predicting those kinds of things.  But this time the calibration was waaaay off.

And what am I, Ted Turner here?  Screw it, we’ll just go to the Olive Barrel for dinner.

I have to work on Thursday, and Toney has to work on Friday, so our end-of-summer Knoebels extravaganza is also in jeopardy.  Our only option at this point is Saturday – at the beginning of the Labor Day weekend.

I love Knoebels, but you’ve got to do it smart.  And that means not going on weekends.

On Saturdays and Sundays, for whatever reason, that place turns into a frothy sea of shitkickers, white trash, coal crackers, and fat little buzz-cut hicklets.  The whole place becomes overrun by the loudest, scraggliest, fattest, skinniest, back porch tattooed, cig-dangling, perpetually pissed-off gang of jescobillies this side of Boone County, WV.

And mister, nothing good can come from such a thing…

I’ve been trying to convince the older Secret that the “panic” button on the back of my car remote controls an ejection seat.  I told him to be extra-careful not to accidentally push it, especially when I’m driving, because I’ll go rocketing through the roof and end up in the weeds behind Staples.

But he’s not buying it.

Our power bill for the month of July, when Sunshine & Mumbles were here, shot-up sixty dollars, then dropped back down to normal after they left.  Sixty bucks!  That’s a lotta extra juice.  Sunny’s lung-blower and that window-unit A/C they burned-up can apparently eat up some wattage.  Sweet Maria.

I have a powerful urge to buy some CDs; it’s been a long time (upwards of a month!) and I’m starting to get the shakes.  This weekend I plan to get myself right…  What do you think?  The new Hold Steady?  Fleet Foxes?  Randy Newman‘s latest?  Any guidance will be appreciated.

And speaking of music…  The Doors can flat-out ruin a good shuffle-play session.  Everything fits together nicely, even when the styles seemingly clash, but the Doors never fail to drag it all down with their mournful dirges and pseudo-poetry.  I think I might have to make a small adjustment to the Big iPod.

Surf Reporter Keith took the liberty of revising the Omen poster I included with yesterday’s post, to make it more relevant to the update.  Check it out.  He’s added Andy!

And I’ll leave you now with a Question that came to me only a few minutes ago, while having lunch and watching CNN.  Have you ever bought anything from an infomercial, or one of those ads they show on cable, for things like Aqua Globes or Mighty Putty or the Foot Egg, or whatever that hilarious thing is called?

If so, tell us about it.  Did the item work as well as they said it would, or were you disappointed?  I have nothing to offer on this one, because I’ve never purchased any such products.  But what about you?  We’d like to know.