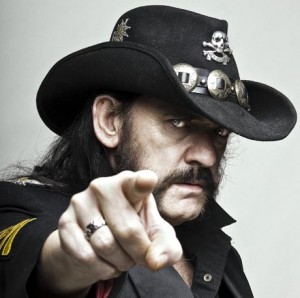 Nancy sent Toney an email a few days ago, reporting “exciting news.”  Are you ready for this one…?  Apparently their oldest translucent child has started to develop body odor, and is now using deodorant.  Hey, I told you this was big!

Yes, the family is treating it as an important milestone in the little weirdo’s maturation, and they’re celebrating and turning it into a week-long Festival of the New Smells… a veritable Carnival of the First Funk.

Blecch.  The whole thing makes me slightly nauseous, if you want to know the truth.  And if stinking is an accomplishment, then I met some of the most accomplished men of my generation on Ponce de Leon Avenue in Atlanta years ago.  Perhaps I should’ve asked for their autographs?

I mean, WTF?  I’ve heard of people (also freaks) having “first period” parties for their daughters, but never this crap.  I’d like to know if they bought him a cake?  And gave him gifts?  Perhaps they invited some of his friends from school, to share in his magic moment?  And, if so, I wonder if some of them were jealous, because they hadn’t yet achieved a pungent pit stench of their own?

Dammit!  It’s pissing me off, just joking about it.

Wonder what they’ll do the first time they catch him waxin’ his dolphin to a photo of Ole Kirk Christiansen, or something?  Bring in a bounce-house?  Good god… let’s just move on.

I was listening to Adam Carolla’s podcast a few nights ago, and Lemmy was the guest.  During the interview Adam asked him if he’d ever had a job outside of music, and Lemmy launched into an incoherent story about briefly working as a house painter, in Wales.

He said they painted the home of a flamboyant gay man, with the name of… Mr. Brownsword.  Then he added, “I swear it’s true.  That’s something you couldn’t make up!”  Heh.  I don’t believe a word of it, I think you could definitely make it up, but it made me laugh anyway.

Did you know that Lemmy is now 65?  Holy shitballs!

I got my hair cut a few days ago, and the woman said I look like Skippy Hicks, or whatever that guy from American Idol is called.  She was talking about my graying hair, which has hyper-accelerated over the past year or so.  Now it’s roughly 60% dark brown, 40% gray.  It’s disturbing.

And after she told me I reminded her of Skippy Hicks, another woman, with a terrifying death-rattle cough and Long Island Iced Tea rasp, said, “Oh gawd, I love that look!”

I almost snatched the scissors from somebody’s hand, and started going all Tex Watson in that place.  There’s only so much a person can take…

Another thing that pisses me off:  Amazon user reviews that end with the phrase “It’s that good.”  Because the author thinks he’s finishing with a dramatic flourish, but he’s really just a standard-issue shitbag.  Well, maybe that’s a bit harsh…  But it bothers me, nonetheless.  Almost as much as “’Nuff said.”

I saw a news article a few days ago, about a giant round-up of mobsters in New York City.  And many of the arrested had colorful mafia-style nicknames, like Vinny Carwash, Meatball, and Johnny Bandana.  How cool is that?

For a Question of the Day, I’d like to know what your mafia nickname would be, if you were allowed to create your own?  Please tell us about it in the comments.  Also, if you’d like to assign mobster names to your co-workers, or whatever, that’ll be cool, too.