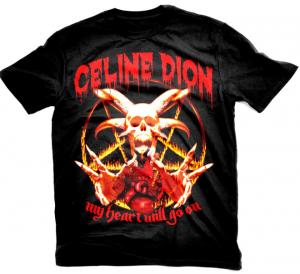 I was talking with a guy recently, who was telling me about one of his old jobs.  I was barely paying attention, of course, but my ears perked up when he injected a bizarre, and completely irrelevant bit of information.  I’m paraphrasing, but this is pretty close to what he said:

“The owner was a real bastard, always yelling and screaming, and pissed-off about something.  He was a Jew who couldn’t smell, and I only worked there for about two years.  I couldn’t take it anymore, and even though the money was good-”

He was a Jew who couldn’t smell?!  That little factoid had nothing to do with what he was talking about, yet he felt the need to add it.  And I have to admit… it spiced up an otherwise lackluster tale.  Well-done, my friend.

What do you think Santa is doing right now?  Do you think he’s giving a pep talk to his team of worker-dwarves, about how they can’t grow complacent, even though Christmas is a long way off?  I suspect dwarf complacency is one of his major problems.

You have to hand it to Santa.  He does one thing, and does it well.  I bet there’s a lot of pressure for him to branch out, and try to capture the birthday market, or maybe Valentine’s Day, or something like that.  But he sticks to his guns, and OWNS Christmas.  Simple, yet elegant…  He’s like Apple Computers, in a way.

A lesser magical fatty in a questionable suit would crave the spotlight year-round, but not Santa.  The man has integrity, and a clear vision.  Bravo, Santa.  Bravo!

You know how cable news networks have stock footage that they break out, whenever they do a story about smoking, drinking, or obesity?  The faces are always obscured, or cut-off by the camera frame, right?  Well, I always worry that my torso will be included in an obesity reel, and end up being shown ’round the globe by CNN — for decades.  Is that irrational?  It’s a genuine concern.

Have you ever had a job where you’re only noticed if you fail?  I know everybody feels they have one of those right now, but I REALLY had one in Atlanta.

I was an inventory manager, in charge of keeping a warehouse stocked with home video (VHS!) titles.  And as long as the items were on the shelf when needed, and the machine kept a-running, nobody gave me a second-thought.  But, whenever the backorders started piling up, I was suddenly the most high-profile son of a bitch in the building.

It was the most thankless gig in the world.  I’d forecast spikes in sales, based on things going on in the news, and the machine would keep chugging along against all odds.  But would anyone offer so much as a high-five, for a job well-done?  Never!  I was only noticed when I failed.

Have you had a job like that?  Please tell us about it, won’t you?

OK, here’s a better Question…  Sheesh. Tough room.  In the comments section, tell us what practical things students should be taught in high school.  Everybody always says “how to balance a checkbook,” but we can do better than that.  Ten years ago I would’ve suggested “how to float a check.”  But I think that’s a little outdated, unfortunately.  In any case, tell us the things you believe students should be taught, which they can ACTUALLY use in the real world.  As opposed to stuff like algebra.  Use the comments link below.

I don’t know when I’ll be able to update again, but will try not to let it go too long.