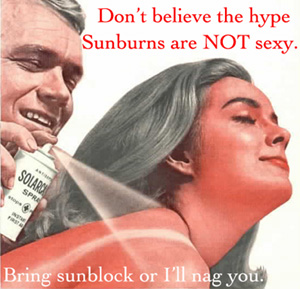 Residents of the Upper Perogie Belt enjoyed a fantastic fake spring this weekend.  Toney hates when I call it “fake,” but I remember early March during years past.  And I know there’s a good chance we’ll have snow up to our crapshafts again, by the middle of next week.

But, man, it was extra-nice on Saturday.  We took Andy (Snoop Manny Mann) to the park, and had an extended walk amongst other folks with the exact same idea.

It was great, but a little strange.  It felt like mid-April outside, yet everything’s still wintered-up and shriveled-down.  The temperature and smell in the air told us flowers should be in bloom, and the grass a-growing.  But it’s still deader than last week’s “ambitious but doable” task list for the weekend.

Andy and his fellow doggie citizens stayed busy text-messaging each other, by slinging urine across everything upright.

“See there?  He’s answering his email,” I explained to Toney and the boys, as our dog let-loose a pulsating jet against the side of a decorative planter.  A middle-aged man and woman walked past as I was providing this lesson, and didn’t appear to fully understand.

One of my favorite things about the First Nice Weekend, is the way people try to will it to be warmer than it really is.  Know what I mean?  They go around in shorts and flip-flops and pretend it’s July — while trying to hide the fact they’re gritting their teeth against the brisk Canadian ice-wind blowing straight up their cooters.

There used to be a similar phenomenon associated with the First Genuinely Warm Weekend.  After the temps edged into the mid-80s for several days in a row, you could count on returning to work and finding several people (usually women in their early 20s) sporting fire engine-red sunburns.  They’d be shuffling around with their arms away from their bodies, like weightlifters, and shrieking in pain every time they encountered a slight breeze or change in temperature.

But that’s pretty much a thing of the past, since we now know that simply walking near a window on a sunny day can kick-off a cancer jamboree.  I kinda miss it… it was part of the changing of seasons, all that cancer-triggering.

And this is, like, one of the worst updates ever.  I can’t get it going, my friends.  I’m struggling, and building massive run-on sentences here.  I don’t know what’s wrong with me…

I’m just going to leave you now with a Question or two, and hopefully you guys can salvage this mess.  I’d like to know how you rank the seasons, from favorite to least favorite.  Here’s how I’d do it:

I prefer the transition times, over the full-on undiluted dosage.  And I like cold better than hot, so you can probably understand my list.  What about yours?  Use the comments section below.

Also, what are some other sure-fire signs that spring or summer has arrived?  Besides the girls with Monday morning lobster skin?  Let’s start a list, shall we?