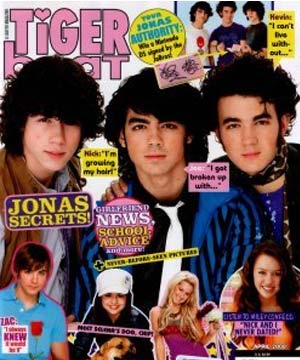 I went into the local Borders store this past weekend, and it was pretty depressing.  As I’m sure you’re aware, the entire chain is closing down, and the stores are in the beginning stages of liquidation.  And, man, that place was being plundered.

Yeah, it was full of scavengers, which irritates me.  But the sad part is the fact that our local store seemed to do really well.  It was a vibrant place.  The coffee shop was always full, there were folks browsing in every aisle, and the checkout line was almost always long.  From what I could tell, they were doing a healthy business.

Now the café is closed and full of junk, all the computers are turned off, and the customer service desk in the middle of the store is a catch-all for empty boxes and miscellaneous garbage — completely abandoned and employee-free.  In fact, I only saw one non-cashier worker there, and she was dressed in TV-watching “aw, screw it” clothes.

I mean, what are they going to do, fire her?

My conscience is clear (relatively speaking), because I bought a lot of books in that store, and magazines, too.  I probably made at least one purchase per month, often more.  Not huge dollar amounts, but I feel like I did my part.  And a lot of other people did as well.  I don’t think the Upper Perogie Belt was the problem.

And it made me sad in my gut to walk through that place and see it so neglected and desperate.  Most of the shelves were a mess, and the newsstand looked like a busload of epileptics had gone-off simultaneously there, earlier in the day.  Everything was whipped-up and radically mixed together.  Good luck finding something specific in that 52 Card Pickup cluster-copulation…

I hated to see Circuit City go down the crapper, too.  And I despised Circuit City.  I had a fondness for Borders, which makes it a difficult thing to watch.  I know it was a chain store, and we’re supposed to hate all such places, but I enjoyed spending time at Borders.  And I’m going to miss it once the carcass has been picked clean, and it collapses into the soil.

Big news:  Toney and Nancy are no longer talking, because Toney told her that she and Nostrils are “crazy.”  It’s a little more complicated than that, but Nancy basically didn’t care for Toney’s choice of words.

The story in a nutshell:  Eninen bought a tiny “cottage” near the university where they work, once they returned to North (or is it South?) Carolina.  It’s roughly 750 square feet, and cost a fortune.  So, there are five of them and a whole passel of animals living in a tiny house they can’t afford.

Recently, they got fired-up and decided to move to the ‘burbs, where their money would go a lot farther.  They found a roomy new-construction home that cost less than their historic and charming bungalow, and they started the process of buying it.  They also put their current house up for rent, and immediately found someone who was willing to sign a one-year lease.

However…  Nancy hates all things common, and has a GIANT problem with the suburbs.  She began whining and complaining, until Nossy couldn’t take it anymore.  They tried to back out of both deals – the purchase of the house and the lease agreement – but it couldn’t be done.  The renter refused to budge, and they would lose too much money if they pulled the plug on the house.

So, instead of moving to the new place in the suburbs, Nancy is insisting that they lease a third house in town, and put the new construction place up for rent, as well.  They’ll be paying two mortgages and a monthly rent, because Nancy doesn’t want any of her colleagues to think she’s common.  And because they acted impulsively.

Toney listened to all this, and told Nancy that she and Nostrils are “crazy.”  Nancy was deeply offended by this blunt assessment of the situation, and they had a big argument.  As of right now… they’re not speaking to each other.

On Saturday I found myself caught-up in yet another hashtag game at Twitter.  This one was #BadTigerBeatStories, and seemed to take off after comedian Patton Oswalt became involved.  For a couple of hours I was in a full-on frenzy.  Here are my offerings:

Free Poster of a Decomposing Cow!

Meet Larry Jonas, the other brother: “I ain’t sashaying around like some fag.”

How to set warehouse fires, and never get caught!

All the Borgnine deets!

Inside:  Ruth Buzzi Eats a Lightbulb!

Win a private pool party with the cast of Pawn Stars!

Danny Bonaduce on how to get vomit out of velour

How to parlay your vagina into a life of leisure

Justin Explains Why He Keeps His Poop in a Jar

Ugly Travels in Packs: Tips for Back to School

If you’d like to continue this questionable exercise, please use the comments link below.  And, if not, feel free to weigh in on any of the other subjects.  You know… there are no real rules around here.

I’ll be back tomorrow, boys and girls.