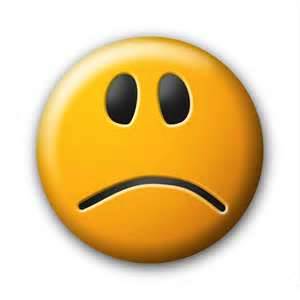 Our house has been a Petri dish of puke spores for the past few days.  Both boys have been sick, and it’s been pretty dreary around here.  However, they’re both feeling better today, so it looks like the worst is behind us.

The younger boy can’t remember ever vomiting before, and he’s 14.  It freaked him out.  After the first wave hit him, he wouldn’t leave the bathroom for more than half an hour.  He thought it was just going to explode from his face, with no warning.  We assured him he’d have time to react, but he wasn’t buying it.  When it comes to puking, the kid has no reference point, which is a good thing, I guess.

Both are home from school today, of course, and Toney took a sick day to take care of them.  But the older hooligan is upstairs playing Led Zeppelin riffs on a guitar, and the younger one is in the living room watching TV, and acting completely normal.  So, I guess it’s almost over.

Kids bounce back from that kind of stuff quickly.  I don’t.  Thankfully I’m not sick very often, but when it happens… the shit lingers.

I made the mistake of muttering under my breath on Saturday, “I sure hope I don’t get that crap.”  Toney accused me of only thinking of myself.  No, I told her, I’m thinking about them, and myself.  What’s wrong with that?  I can’t afford to be down and out for a week, vomiting into a bucket and watching Ellen.  Ya know?

But so far she and I show no symptoms of the Black Plague those guys brought in here.  I don’t know what kind of gestation period there is, though.  Hopefully I won’t be turned into a pressure washer of liquid feces in the next day or two.  Or is that too self-centered?

And speaking of no-puke streaks… I can’t even remember the last time it happened to me.  I could probably do a search of the website archives, but it’s been many years.  I seem to vaguely recall sitting on the upstairs toilet with the bathroom trash can on my lap, with something blasting out of both ends.  But that feels like seven or eight years ago to me.

Do you ever make seven or eight years between vomits?  Tell us about it, won’t you?

Also, are you suggestible, when it comes to ailments?  I am, big-time.  As soon as the younger boy started going down the upchuck slope, my stomach felt queasy.  It wasn’t because I caught a whiff, or anything like that, it’s just that I’m like tofu — I assume the flavor of whatever’s around me.

I remember talking with a guy at work years ago, about his testicular cancer scare.  And instantly… I felt a dull throbbing pain in my left ball.  And whenever George Noory has a medical guest on his show, I have to put in a CD or I’ll have every symptom discussed before I get halfway home.  It doesn’t last, mind you.  I don’t obsess about it, but for a while I’m convinced I have every problem they bring up.

Are you like this, or am I the weird one?

And I have to cut this one a little short, because somebody stole Toney’s license plate.  Can you believe that crap?  When she came out of Target a little while ago, she noticed it was gone.  Who knows where it happened, or how long she’s been driving without a plate?

That happened to me once, at the Atlanta airport.  My car was parked in one of the massive lots, and someone stole the license plate off the back of it.  I told the sassy gold-tooth woman at the pay booth, and she said, “What do you want me to do about it?”  Yes, very helpful… and sympathetic, too.

Anyway, we have to deal with that, before someone robs a bank and Toney is arrested and put on death row.  Or something.