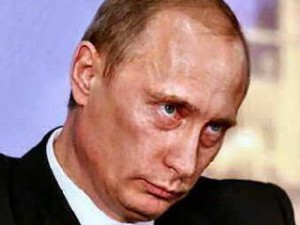 So, here were are again.  Having the same conversation about the same goddamn problem…  I’m thoroughly disgusted, and beaten-down at this point.  I hate wasting valuable time on crap like this, and the latest episode apparently affected some other people, too.  I’m unclear on that, but the guilt is certainly true enough.

In any case, somebody or something hijacked all my sites again, and inserted redirect code that sent visitors hurtling into a dark (dank?) parallel universe dedicated to Russian pornography.  They modified the .htaccess files at all five websites somehow, and created mayhem.

Google declared the Surf Report an “attack site,” and this caused most browsers to block access to it.  Then mockable went down, and all the others soon followed.  By this time my eyes were bugging out and my right hand was hard at work a-whippin’ through my hair.  WTF, man??  This same exact thing happened just a month or so ago, and the vulnerabilities were supposedly addressed.

But here we are again.  I’m not real happy, in case you wanted to know.  This is pure, undiluted boolshit.  And I’ll have more to say about it in the future.  Now is not the time.  Grrr…

And to those who were possibly swept up in the mess, I sincerely apologize.  I suspect Google might have given you the slap because your site was linking to my Soviet maelstrom of snaggle teeth and wild pubic explosions.  You can request a reevaluation from them, and if I can help with that, please let me know.

Yesterday I posted a new article at CrossroadsRoad, and it was promptly flagged as nothing more than a transport vehicle for malware.  But I think everything is cool with it now, and you can read it here.  It’s a quick re-telling of the Greensboro ketchup story, which is a good one, I think.  If you like the article, I wouldn’t be upset if you linked to it at Facebook or Twitter, or wherever.  I wouldn’t be upset at all.

Steve sent me a copy of the new MAD magazine, because I’ve been looking for it everywhere, with no luck.  I loved MAD when I was a kid, and was interested to see how I’d feel about it now.  I went to five different stores, and none apparently carry it.  Weird, huh?  I mentioned this to Steve, and he found one on the shelves of a grocery store near his house.

It arrived in today’s mail, so I haven’t had much of an opportunity to check it out.  But I did flip through it during lunch, and have a few instant reactions.

First of all, when did they start running ads??  I don’t care for it.  They’re not even quality ads, they’re a tad sleazy.  Also, the innards were always black & white back in the day, and now they’re color.  I’m not sure how I feel about that…  It’s disconcerting, but I could probably get used to it.

It’s good to see Spy vs. Spy still chugging along, but I miss Don Martin.  I loved Don Martin…  I have to say, though, I found myself chuckling aloud twice during my brief encounter with the new issue.  That’s a good sign.  I was afraid it might be incredibly lame and unfunny, but I’m feeling it.

There’s a piece in there called 12 Good Things About Smoking Addiction which is pretty damn clever, and reminiscent of the old days.  I’m pleasantly surprised.  Have you checked out MAD lately?  What did you think of it?

And I need to go to work now.  Sorry this is so disjointed, but I’m pressed for time because of the Russians.  I don’t really have a Question for you guys today, so you’ll have to wing it.  Sorry.

Before I call it a day, check out these new pictures of Knoebels Amusement Park — which we visited on Friday.  The place is underwater!  Be sure to watch the slideshow, it creeps me out for some reason. Very eerie. I hope the cheddar pump is safe!