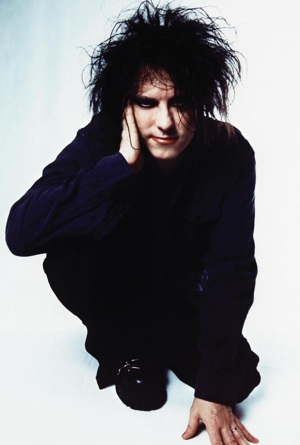 On Saturday morning Toney came upstairs and woke me up.  I worked the previous night, and was still clear-cutting timber at 10 a.m.  And before I’d even had a chance to fully understand what was happening, she started hitting me with information.

“I just did something crazy,” she said.

“What do you mean, who?  I just spent a bunch of money and don’t feel guilty about it, for once.”

“Is this one of those lucid dreams?  Like George Noory is always talking about?”

“…Why is my underwear twisted violently to the left?”

So, I guess we’re going to see Elton John.  I’ve never seen him in concert, and really like his ‘70s stuff.  The kids are familiar with the old songs too, because I like to play them in the car on long trips.  It should be a good time.  The show was sold-out by the following morning, I understand, and I’m looking forward to being there.

Have you seen Elton in concert?  What’s the verdict?  Will it be a good time for the Kay family unit?

Also, did you ever go to any concerts with your parents?  I told you guys about going to see the Statler Bros. with my folks, in the post about my most embarrassing concerts.  As far as I can remember, that’s the only one.  What about you?

I asked some people at work this question, and a girl (I think she’s 20 or 21) said she went with her GRANDMOTHER to see Alice Cooper(!).  That one made me laugh.  But, of course, her grandmother is probably in her mid-50s, and might have been an original Alice fan.  I was picturing Granny from the Beverly Hillbillies, but I’m probably way off.  Depressingly off…

And speaking of music, guess what I found on Saturday?  That’s right, the two CDs that have been missing since Sunshine and Mumbles were here.  They were at the bottom of a stack of compact discs that I haven’t disturbed in many months.  There’s no way I put them there, it’s an off-the-beaten-track pile of discs.  But both of them were together, and as good as new.

I’m glad they finally turned up, but I suspect shenanigans.  I’m thinking about hiring a forensic detective to get to the bottom of all this.

Toney has a friend who sends her ridiculous text messages all the time, and on Saturday she received one that said, “MY FIRST VICTORIA’S SECRET BRA!!!”  Yes, in all-caps and with three exclamation marks.  This woman looks like the lead singer of the Cure, and the thought of her in a bra makes me a little queasy.  And who sends electronic status reports about undergarments, anyway?

Most of my texting is done with Toney, Metten, and Buck.  I don’t have any annoying people who text me on a regular basis.  But Toney’s friend also sends stuff about her most recent meals, things like “TOASTED TURKEY SANDWICH FOR LUNCH!  SUPER YUMMY!!”  WTF?  I think I’d have to block ol’ Robert Smith in a lace brassiere.

Tell us about your most annoying emailers/texters.  Use the comments link below.  I’ve mentioned a former boss of mine who believes email forwarding is an art form, and sometimes speaks of being a big wheel in the “forwarding community.”  Heh.

Do you have anyone like this in your life?  Please tell us about it, won’t you?

And I’ll be back on Wednesday, with more of this golden material.