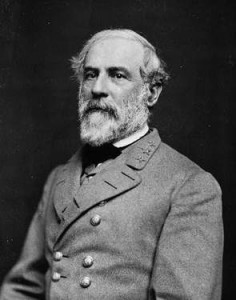 I’m not sure how I graduated from high school in 1981, and managed to never see the film version of Pink Floyd The Wall, but I pulled it off.  I didn’t attend a single midnight movie showing of it, which is a miracle (I saw most of the must-sees), and never rented it.

But on Friday night the older boy went to a dance(!?) at the middle school, and the younger youngling asked if I wanted to watch the movie with him.  He’d recorded it off VH1, or somesuch, and I had no interest whatsoever.  God knows it’s true.  But I said yes, because I’ve heard “Cats in the Cradle.”

I don’t hate Pink Floyd, but I don’t like them very well either.  They’re high on the list of “classic rock” bands that irritate me the most.  Also on that list is The Doors, Stevie Nicks, and pretty much any group that falls under the heading of progressive rock.

Progressive rock is for other musicians, I believe, and people who are good at math.  I don’t give the tiniest of shitlets about a complex chord progression in the third measure; it means nothing to me.  You can’t make a bad song better by stuffing extra notes into it.

But back to the movie…  It’s a turd of the highest order.  The thing is pretentious, incoherent, and seemingly made our clocks run backwards.

It stars Bob Geldof, and we have a bag of gardening mulch in our garage with more acting ability.  Have you noticed he’s never really done much film work since then?  Care to guess the reason?

The “plot” revolves around a rock star who is emotionally isolated, as the result of a series of unfortunate artsy-fartsy events earlier in his life.  So – are you sitting down? – he builds a metaphorical wall around himself.  And that’s deep, man.

But what do I care about it, really?  If some weirdo with a shag haircut wants to sit in a chair all day and shave his chest and eyebrows, it’s no skin off my scrotum.  I couldn’t care less, and no amount of incomprehensible World War II flashbacks is going to make me feel any differently.

I kept my opinions to myself, though.  There’s nothing worse than a person hollering about how bad something is – while you’re enjoying it.  I didn’t know what the Secret was thinking, so I just stared at the screen and blinked away the tears of boredom.

Finally he turned to me and said, “This isn’t very good, is it?”  And that broke the ice.  From that point on we openly mocked the film, and it became more enjoyable for both of us.

A few days ago I was sitting in Moe’s, having lunch by myself.  And a woman walked in who I pegged as a grade school teacher or a real estate agent.  You know, tinged with kookiness.

As is the tradition, the manager hollered, “WELCOME TO MOE’S!” and the rest of the crew halfheartedly followed her lead: “weeelcome Moooe’s….”  They always sound like the living dead, like a gang of Bela Lugosis.  And they always leave out the “to” in the middle.

“Oh, you’re closed?” the woman said, and turned to leave.  She misunderstood what the zombies had shouted, and thought the restaurant wasn’t open for business – even though there were people sitting in nearly every booth, chewing.

Brooch Woman, now chuckling, came back inside, proceeded to the cash register, and tried to place her order there.  Unfortunately, it’s set up like a Subway and the cash register is the end of the process, not the beginning.

Perhaps they should post an illustrated tutorial out front?

After that bit of fun was sorted-out, a man sitting near me started to choke.  He was gasping for air, and sprang to his feet.  Why do people always stand up when they’re choking?

For a couple of seconds it was touch-and-go, and I thought someone might have to administer a medical punch to the gut.  But he finally got his shit correct, and returned to the boof with tears and snot flowing.

Man, that place has the best floor show in town!

Toney and I attended an event recently (please note the ambiguity) where we met the spouses of some people we sorta know.  And in several cases we were shocked.

A woman, who reminds me of Mary Tyler Moore circa 1974, introduced us to her husband – who looked like Robert E. Lee.  He must’ve been twenty years her senior, and should’ve been carrying a musket.  I was, as they say, taken aback.

And a man who is apparently a former athlete, who carries himself like a gym coach, had a wife the size of a Macy’s Parade float.  She glided across the floor in one of those “don’t hide it, decorate it” floral dresses, rocking from side to side.  And I was fully expecting to see Clay Aiken lip-synching on her back.

When we got home Toney and I talked about seemingly mismatched couples, and wondered if anyone thought we fell into that category.  I don’t think so, but it’s hard to say from my perspective.  Toney’s certainly more outgoing and social than I am, but we don’t look like we’re from opposite ends of the twentieth century, or anything.

And that leads me to the multi-pronged Question of the Day.  None are spectacular, I don’t believe, so I’ll hit you with three.

What classic rock artists really rub you the wrong way?  You know what I’m talking about when I say classic rock, right?  All that Foreigner / Journey / Styx / REO stuff from the ’70s and early ’80s, that’s been playing in an endless loop like Rousseau’s distress signal on LOST?

Do you have any “choking in restaurants” stories to tell?

And, finally, please use the comments to tell us about the most mismatched couple you know.  Based on outward appearances, anyway…