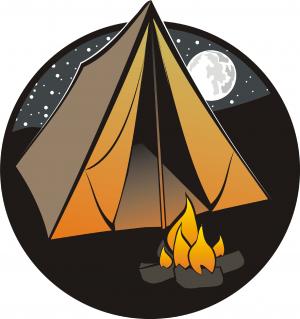 I’m a mess. I’ve got a cold, which is dragging me down, and my lower back has been hurting for two days. Ironically, I started a week’s vacation yesterday. Classic, huh?

I have a formidable to-do list, but just want to stretch out on the couch and watch Netflix. So far I’ve resisted the siren song of the sofa, but am weakening with each passing moment. I’m going to be piled up in there within the hour, watching the Harry Nilsson documentary. You can bet the fat farm on it.

On Friday and Saturday I spent roughly 16 hours hunched over a machine at work, correcting bad data that had been entered by people with little attention to detail. And now my back is destroyed. I could barely get out of bed this morning, and nearly did a header into the wall trying to put on underwear after my shower. I’m walking around like a palsy victim, with cartoon lightning bolts of pain shooting out of my back.

I drank an entire pot of coffee, though. And made (and ingested) two really kick-ass ham sandwiches. Are you familiar with Cooper cheese? I don’t know what it is, exactly, but do know it’s really freakin’ good. Toney buys it at Wegmans, and it has the power to transform a mediocre sandwich into something special.

I also unloaded the dishwasher. The top shelf wasn’t a problem, but the bottom shelf repeatedly made me grimace and hurl profanity at the universe. I consider that project to be my biggest accomplishment of the day. In lieu of congratulatory gift baskets and flower arrangements, I request that you make a donation to my favorite charity: Assholes Without Borders. Thank you.

A few nights ago at work someone made a Viagra joke, as folks are wont to do. Another person said, “Cialis is better, because it lasts for 48 hours.” A guy in his early twenties shouted, “48 hours?! How could you live your life? How could you go to work??” He thought it caused a 48 hour erection. Heh.

Then we launched into various scenarios in which a two-day boner would cause problems.

And somebody said something about turning around inside a Pier 1 store, and sweeping a shelf-full of wine glasses into the floor. That one killed me. Yes, I’m 50 years old. What of it?

I’ll try to do better tomorrow, but I’m going to have to leave you guys now, with that as the question: What complications would a 48 hour erection cause? Use the comments link below, to describe the scenarios. I hope the Pulitzer committee is paying attention, I really do.