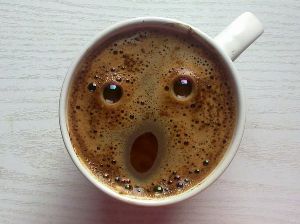 Someone told me that three teenagers bought a baby doll at Toys R Us over the weekend, filled it with strawberry jelly, and threw it out the window of a car traveling southbound on Interstate 81.

I don’t know if it’s true (I have my doubts), but it’s the kind of thing my friends and I would’ve thought about doing, planned to do while drunk, then vetoed the next morning.  You can say what you want, but we usually knew where to draw the line.  I mean, you’re asking for a twelve car pileup and a prison sentence with some shit like that.

But for a few hours, with Van Halen II cranking and nine Old Milwaukees sloshing around in our bellies, we would’ve been hollering “It’s genius!  We HAVE to do it!!  It MUST be done!”

We hatched countless questionable plots under such circumstances, and I thank God we were procrastinating drunks…  By the time we actually got around to following through, we usually realized it might not be such a great idea after all.  If we’d been go-getters, who knows what might have happened?  I’d probably be covered in jailhouse tattoos today, and have a butthole like a Mickey’s Big Mouth.

I hope the baby doll story isn’t real (even though I laughed when I heard it), because it’s one of those things that should remain in the Rolodex of Drunken Ideas, and never actually implemented.  I mean seriously.  I do have to give them credit for the jelly, though. That’s a nice touch.

Yesterday morning I poured myself a cup of coffee, used fart-power to propel me to my computer, and saw that Clive Bull mentioned Crossroads Road on Twitter.  For a few seconds I thought I was having a mild stroke.  I love Clive, and the thought of him actually reading my novel… and enjoying it(!), was almost too much to process.

He actually tweeted twice about the book, and you can read the messages here and here.  Pure awesomeness.  Thanks, Clive!  I’m thrilled that you liked the novel.  It made my day.

And I watched an interesting documentary on Netflix Instant over the weekend, called Shut Up, Little Man!  Are you familiar with it?  It’s about a couple of guys who were roommates in San Francisco, during the 1980s.  They lived in a dumpy apartment, with thin walls, and a couple of always-arguing alcoholics lived next door.  One was gay, the other was not, and they hollered at each other deep into the night, every day of the week.

One of them always yelled “Shut up, little man!” and their arguments were hilarious.  So, the two roommates began recording them, and giving their friends copies of the tapes.  Before they knew it, the recordings became an underground phenomenon, and were copied millions of times.

I remember reading about the tapes, back during my zine-publishing days, but never actually heard them.  It’s a good movie.  I love stuff like that.  It’s similar to Winnebago Man, another crazy-ass documentary available on Netflix.

And I hate to cut this one short, but I don’t have a choice in the matter.  Before I go, though…  Toney and I were talking about dating websites over the weekend, and how people undoubtedly lie about themselves, or massage the truth, at the very least.

She said, “The reason we’re so good together, is because of things people probably wouldn’t want to advertise. Like: making fun of people.  Who would put that on their profile?  ‘I enjoy going to malls and stores, and mocking the other people there.’  Nobody!  We probably wouldn’t have found each other, if we’d used a dating website.”

What do you think about that?  I think she’s on to something.  Also, what would a TRUTHFUL profile of yourself look like?  Please post it in the comments, if you’re so inclined.  Or, if you prefer, you can post a truthful profile of an ex, or a co-worker.  Whatever’s cool with me.

This could be fun, or a bust, I can’t predict it…

And I’ll see you guys again tomorrow, I hope.  Wednesdays are a challenge, but I’ll try to get ‘er done.