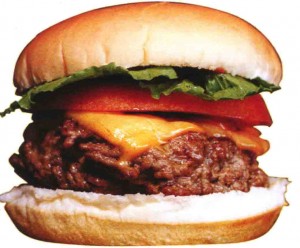 On Saturday I took the boys fishing, at a nearby lake.  It’s quality father/son time that doesn’t include board games, or the chasing of a ball, so sign me up.

Last time we used some kind of ridiculous bait they’d found at Wal-Mart, which I think was meant to lure ocean creatures, like octopus or possibly the elusive sea camel.  I don’t know.  But, as predicted, we didn’t catch a freaking thing.

Therefore, I insisted we go back to the tried and true:  grub worms.  They’re not as nasty as night crawlers, or minnows, or things like that.  Plus, they work.  What a concept!  I’m not really a fan of the continuous, unnecessary experimentation.

So, we went to a bait shop way out in the wilderness somewhere.  We’d been there before, and purchased grubs from them; they were our super-secret, always-reliable grub hookup.

When we pulled onto the parking lot some kid came careening out of my peripheral vision on a bicycle, and rode straight through the store’s front door, which was propped-open.

I’d never seen a person ride a bike into a convenience store before, especially at such a high rate of speed.  I expected to find someone inside with their head driven through a Doritos display.  But, unfortunately, it didn’t happen.

Turns out it had been a girl, approximately twelve years old, all tomboyed-up.  And, while standing next to her at the counter, I noticed she could’ve used the following:

I asked the guy behind the cash register if they had any grub worms, and he told me they’re hard to find this summer.  What?!  What does that mean?  How could it be??  I always got them when Bush was president, so it must be Obama’s fault, right?

He sold me a tub of night crawlers, which I’d gone out of my way to avoid.  I reluctantly handed him my money, sighed theatrically, and the l’il (stinky & pointy) Jodie Foster said, “Hope y’all caitch somethin’!”  Thick-ass Southern accent…

The whole thing was quite disconcerting.

We went to the lake, and it was way too crowded.  We were practically standing shoulder-to-shoulder with strangers, and everybody’s lines kept getting crossed.  It wasn’t exactly what I had in mind, but I kept my bitching to a minimum.

The night crawlers were huge, and the older Secret started cutting them into sections with a pair of scissors from the tackle box.  Cutting the bastards like ribbon, while still alive!  The poor things.  They’d probably been minding their own business in a field somewhere, and now some kid was dismembering them, impaling ’em with a hook, and repeatedly flinging them into deep water.

And I sometimes complain about my day?

We didn’t caitch anything, and nobody else did either.  Fish aren’t THAT stupid.  I mean, there were probably two hundred people around that lake, all attempting the exact same scam.  I suspect the fish were way out in the middle, shaking the front one-third of their bodies in amusement.

After we gave up on our fishy dreams, I asked the boys and Toney (she’d taken a walk while we’d gone John Wayne Gacy on the worms) if they wanted to go to a nearby ice cream shop.

This place is WAY off the beaten path.  It’s on the grounds of a dairy farm way up an obscure road, and is kind of a dump.  But the ice cream is incredibly fresh and good.  It’s well worth seeking-out, and we’ve been there many times.

So, we each ordered a cone with a freakin’ softball-sized scoop on top, and took a seat at one of the picnic tables outside.  Ahhh… there’s nothing quite like eating frozen dairy products while smelling the shit of the very cows that produced it.  Mister, that’s livin’.

While enjoying our cones, a car with New York plates pulled into the parking lot, and an enormous man emerged.  He was wearing shorts, flip-flops, a Gilligan hat, and nothing else.  He had no shirt, and his torso was just an avalanche of cascading flab.

He waddled around for a few minutes, snapping photos and plucking the legs of his shorts out of his crotch.  His pants rode up in the middle, fully and completely, with every two or three strides of his massive sausage legs.

Finally he went inside the shop, and the four of us started making bets about what he’d buy.  And I was the winner, I’m proud to announce.  The dude came out with a gargantuan $5.95 banana split.

That evening Toney and I each enjoyed a full ration of the golden elixir, while preparing a holiday deck feast.  We had more food than was necessary, which is the only way to go, and ate dinner outside.

After dark the boys went into the backyard and detonated about thirty dollars worth of shitty Grade C fireworks.  But they enjoyed it, and Toney and I watched from the deck.  With frosty Yuenglings in-hand.

It was an almost perfect 4th of July.  We had a great time, and the weather couldn’t have been better.  It turned out to be what you always think a holiday weekend will be like, and almost never is.  Know what I mean?

What did you do for the holiday?  Anything exciting?  Tell us about it in the comments.