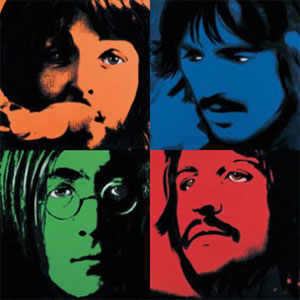 Our kids received a PlayStation 3 console for Christmas this year (OK, the end of last year), along with a small collection of games to get them started.  They’re longtime PlayStation 2 veterans, but it had gotten to the point where the new games weren’t available to them anymore.  So, an upgrade was in order.

One of the starter games I lobbied for, was Beatles Rock Band.  And we ended up going over-the-top with it, and getting them the Paul McCartney violin bass, the Ringo drum kit, and the whole nine yards.  It cost a ridiculous amount of money, but that’s the reason for the season, right? …Hello?

And during the first few days, the game received a decent workout.  They played along with the great old songs, and the animation was amazingly good.  It actually looked like the Beatles on the screen, and not like… oh I don’t know, Pat Morita?  It was a lot of fun, and it felt like we’d hit a home run with the gift.

But now, a few months later, I’m forced to revise my original assessment.  Cobwebs have formed between the bass and drums, and (as far as I know) the disc hasn’t been out of its case since the middle of January.  It’s kinda disappointing, if you want to know the truth.

So why did they lose interest so quickly?  I needed to know, and started paying attention to the games they didn’t abandon.  I also engaged in a little extra eavesdropping on conversations between them and their friends, to try to get my fingers on the pulse of the Middle School-aged boy, and their gaming preferences.

And now I’m prepared to file a report.

Below are eight quick recommendations to make the next edition of Beatles Rock Band more appealing to fourteen year old boys, based on the findings of my investigation.  And if you have others, please leave them in the comments section at the bottom of this article.

Thank you for your attention to this important matter.

And those are my eight quick recommendations to make Beatles Rock Band more appealing to the Middle School-aged boy. I’d appreciate your input as well; it’s very important that we save this gaming franchise!  Please use the comments section below.