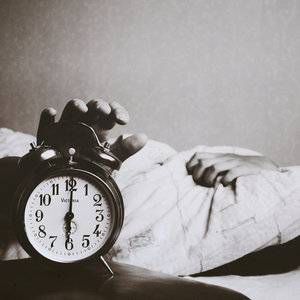 Hello, Surf Reporters!  It feels like I’ve been away for a long time.  That big Charmin extravaganza on Friday wasn’t a regular update, it was done over several days, which is outside my usual crank ’em out like an email way of doing things around here.  Then there was yesterday’s disgrace…  Sorry about that one; it definitely falls into the “better than nothing?” category.  I’ll try not to let that happen too often.

Actually, there’s a little more to it.  You see, I’m a night person, who works a night shift.  I go in at 3 in the afternoon, and get off at 1:30 in the morning.  It’s not ideal, but I’m wired for it.  A few days ago I was given a hunk of glass, with my name etched in it.  Apparently I’ve been there for five years already.  How is that possible??  And I’ve been working that 3 to 1:30 deal the whole time.

But now I’m being asked to work every other Saturday, for the next few months — and be there at the outrageous hour of 6 a.m.  I don’t know nothing about no 6 a.m.  Oh, I know it exists, but almost never see it in real life.  It’s like the taint of humanity.

Indeed, I was so freaked out about having to get up at 4, so I could be there at 6, my entire weekend was wrecked.  And I didn’t fully recover until… today?

On Friday night I went to bed at 9, which felt like the middle of the afternoon to me.  But I was able to sleep — until 2:30 in the morning.  Then I was wide awake, with no hope of losing consciousness again.  I got up, put on a pot of coffee, and monkeyed around on my computer until it was time to leave for work.

It wasn’t so bad, especially the first half of the day, when the caffeine was kickin’.  But by the time I left there, I was starting to edge into zombie territory.  I’m sure I was walking around with a distinct “I like them French fried potaters” look on my face.

We went to some stores that afternoon, and I snapped a few photos.  But I can barely remember it.  It’s all a big fuzzy dreamscape to me.

That night we put up the Christmas tree, and I fell asleep every time I sat down.  I had to keep moving, or my head would just flop to one side, and drool would start to drip on the end table.  Eventually, around 9:00, Toney ordered me to bed.  “Good god!” she added, for emphasis.

And I slept until 10:00 the next morning — thirteen hours.  But I still felt weird on Sunday, not fully rebounded from the trauma of the 6 a.m.  And I know it sounds very Nostrils-like, but yesterday was messed up, too.  I was exhausted and sluggish, for no good reason.

It kicks my ass, and totally ruined what might have been a pleasant weekend.  We did some Christmas shopping, put up the tree, and had a few adult beverages on Saturday evening…  But I can’t remember much about it.  And it took me two full days to get my sea legs again.

For a Question, I’ll repeat one I posted at Twitter, and possibly Facebook:  2 things you can’t do with the family, without an argument breaking out: playing Monopoly and setting up a Christmas tree. Any others?

For the record, we didn’t get into an argument this year while putting up the tree, but we usually do.  What other activities almost always lead to a big family argument?  Please tell us about it in the comments.