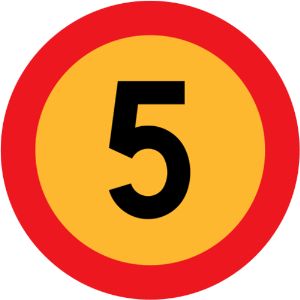 Yeah, this list could easily be 100 Things I Don’t Understand, or 10,000, or even some higher number.  I don’t understand plenty.  But I also don’t feel like gobbling a handful of trucker speed, feeding an industrial roll of paper into a manual typewriter, and attempting some kind of crazed manifesto.  So, I’ll just limit it to the five items that popped into my head yesterday, while driving to work.  OK?  OK.

As some of you know, I haven’t taken a dump at work – ever.  Not once, in my entire life.  I’ve trained myself well, and my body knows it’s not even an option.  There are two windows of opportunity: in the morning before my shower, and after I get home from the job.  Everything else is a blackout (brownout?) period, without exception.

But I understand that others haven’t reached my higher plane of existence, and give them a break.  I’m not overly judgmental about the work shitters, and even sorta understand how some folks think they’re getting over on The Man by having a couple of sit-downs on company time every day.  Who am I to deny a person their right to political expression?

However, the people who show up for work and immediately climb atop the porcelain baffle me.  They were home a few short minutes ago!  Are they really so rectally bereft they just walk through life with turds falling out of them, all willy-nilly?  What are they, mountain goats?

Here’s how it’s supposed to work in the morning:  get up, shuffle to the bathroom as if you’re being propelled by fart power, pee, have some coffee, shit, take a shower.  It’s a method that’s stood the test of time.  I’m sure George Washington subscribed to it, as well as Dave Concepcion.

How a person could find themselves ten minutes into the workday, needing to take a dump… Well, it’s beyond the pale.  I simply don’t understand.

“I want to be different, like all my friends!” is an inclination that likely dates back to mankind’s earliest teenagers.  Since the dawn of time, I’m certain young people have gone to great lengths to make themselves stand out in a crowd (like their friends), then sneer with glee, “What the fuck are you looking at?!” when their goal is accomplished and someone takes notice.

Thus, I probably sound like one of those old stick-up-the-butt Southern preachers who warned, during the 1950s, that Elvis and his swiveling hips were surely the sign of the apocalypse.  But I sincerely don’t understand why someone would want to embed air hockey pucks in their earlobes.

Crazy clothes, and ridiculous hair?  OK.  Retarded slang and a dipshit attitude?  Check.  These are all temporary situations, easily adjusted once a person is forced to move out of their parents’ basement, and earn more than $6.50 per hour.  But when you start permanently altering your body, in a fit of righteous rebellion, there’s no easy way back.

Tattoos used to bug me, too.  But they’re so prevalent now, I really only notice the tasteless white trash varieties.  You know, the ones on necks and hands, and the kind that features a poorly-rendered Looney Tunes character flipping the middle finger?  That sort of thing.

But radical piercings and various bric-a-brac insinuated into the skin still confuse me.  It reminds me of tribesmen I used to see in National Geographic magazine, with a salad plate in their bottom lip, or a whole shitload of rings around their hyper-extended neck.

It all seems unnecessary to me, like a severe overreaction to the same crap every 17 year old has dealt with, since they’ve been making 17 year olds.  What’s wrong with just a snarky t-shirt, and a shitty personality?  Is that not real enough?  One thing’s for sure:  it wouldn’t leave you with two dangling loops of Play-Doh on the side of your head, when you’re 38 and saddled with child support payments.

At a previous job I was sitting at my desk one day, when a young woman walked up to me and said, “Jeff, do you mind if I go out to my car real fast?  I need to get some tampons.”

I blinked three or four times, and said, “Yes, you can go to your car, and to tell you the truth… I didn’t really need to know the reason.”  And she chuckled and said, “Oh, sorry!  Too much information?”

Yes, it was.  A bit too much.  I’m not uptight about such things, not really. I just don’t think it serves any real purpose for a 20 year old girl to tell her Dad-aged boss that she’s on her period, and her vagina needs some urgent tending-to.

But all that’s changed now.  You hear guys talking about it all the time, with not even an ounce of embarrassment.  “I was spanking it furiously last night, in the bedding department at Kohl’s…”  WHAT??

And there are lots of people who insist on telling anyone who will listen about their medical procedures, and spectacular injuries.

This is usually so well-rehearsed, they can crank off the stats in an effortless, sing-songy manner.  “I have twelve pins, a steel plate, and two hinges.  There’s enough metal in my left leg to build a ten-speed bike.  I had a full blood transfusion, 74 stitches inside, and 126 out.  The doctor said I would’ve died instantly if I’d been standing just three inches to my left…”  All this is said in a very casual, but calculated way.  And when they’re finished there’s always ample space provided for astonished reaction.

On the other end of the spectrum… I don’t tell anyone anything.  Not at work, anyway.  And I don’t understand people who do.

This one’s a real mystery.

About ten or twelve years ago I found myself in the midst of an underwear crisis.  All my life I’d just worn the standard-issue Spongebob-style tighty-whities.  They served their purpose, and it wasn’t something I spent much time thinking about.  Hey, if it ain’t broke (or horribly skidded-up), don’t fix it.

So, I had to adapt to the times.  I’d tried boxers for a very uncomfortable six months, a few years earlier, and knew that wasn’t the answer.  By the end of each day I’d have a scrotum the length of a tube sock, and that’s no way to live.  It’s a wonder my nuts didn’t get wedged underneath the brake pedal of my car.

I dabbled with the colored version of the tighties, but it felt ridiculous.  Almost like Underoos.  The only thing missing was the Transformers logo across my ass.

Then I figured it out:  boxer briefs.  Ahhh… I could finally exhale.  The crisis was officially over, and I never looked back.

However, the light blue ones are always the baggiest and least reliable.  Does anyone know why this might be?  It’s all the same material, right?  Why would the color make a difference?  It does, though.  They fully collapse after just two or three washings, and become as big as a pillowcase.  When I’m rifling through my drawer, I instinctively pass over the light blue ones now.  Because they almost require suspenders, or an underwear belt.

If anyone can help solve this mystery for me, I’d be much obliged.

Broccoli is always the hottest vegetable

I consider this to be a sister-subject to the item above.  Broccoli is the light blue underwear of the vegetable world.  It behaves differently.

Just a few days ago I was eating a crazy soup with all sorts of chunky ingredients involved.  There was broccoli, cauliflower, carrots, onions, chicken, and some other stuff I can’t remember.  It was all poured into (and around) a bread bowl.  And, even after everything else cooled down, the broccoli was still scalding hot.

This is the case with Chinese food, too.  Everything’s a perfect eating-temperature, until you get to the broccoli.  Then the roof of your mouth is destroyed, and you’re left with great sheets of skin hanging down, like a drive-through car wash of pain.

Why is this so?  Things can’t cool at different tempos.  Ya know?  It’s a cruel trick, and throws your world into disarray.  I need answers, people!

And I hope you’ve enjoyed my five random things.  If you have something to add to this ridiculousness, please use the comments link below.  Whether it’s a reaction to something I wrote, or your own “simply don’t understand” entry…  Please tell us all about it.