A Surf Reporter, who may or may not want to be identified, sent me this Smoking Fish photo from the just-ended World Series. Very cool! Much appreciated. Although it might be time to update your Fish flier. Sweet Maria. That thing looks like a relic from the Spanish-American War.

In any case, it reminded me of the only World Series game I’ve ever had the pleasure of attending — Game 2 of the 1976 Series: Reds vs. Yankees, at Riverfront Stadium in Cincinnati. I was 13, and our seats were located approximately where that Spanish-American photo was taken. It was the first Sunday night game in World Series history, and it was COLD.

As I was remembering that game (Tony Perez won it with a walk-off single), and my general obsession with baseball in those days, I realized that I learned quite a few not-always-pleasant things about human beings by being a young Reds fan. And today I’ll list five that popped immediately into my head. There are undoubtedly more, but we’re gonna go with five. I mean, what do you want from me? I’m a very busy man, and also quite lazy.

After the Reds swept that ’76 Series, winning their second World Championship in a row, the Reds front office did the next logical thing: they traded Perez and screwed everything up. Those guys above, now known as The Great Eight, were one of the best starting lineups in the history of baseball. Why mess with it? Why?? It still makes no sense to me. Yeah, I know… they had a young up-and-comer (Dan Driessen) sitting on the bench, and Perez was getting a little long in the tooth. But you still don’t screw with the fragile magic that has just delivered two World Series trophies to your city. Right? Man, I’m getting all worked up again, just thinking about it…

Years later, when I was in the entertainment biz, a similar thing happened. Our company was super-successful, and the whole division was awash in money. I mean, they were practically trucking it in via tractor trailer. I’d just been promoted, and life was good. Then the consultants showed up…. These were people being paid a large salary, and expected to shake things up. But, again, why?? Their ideas were ludicrous, and the resulting “improvements” cost a bunch of good people their jobs. I survived, barely, but it was only a matter of time. And I’ve seen it happen again and again.

Be fearful of people who feel the need to justify their positions: bosses, politicians, and especially consultants.  ‘Cause you’ll likely end up holding a bloody rag to your anus before it’s all over. You know, metaphorically speaking. 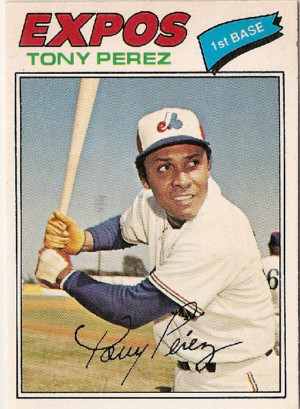 Some people are just dicks, plain and simple

After Perez was traded, and my entire childhood was knocked off its axis by seeing that great man wearing (are you ready for this?!) a Montreal Expos uniform, everything went to shit. Within a couple of years other members of The Great Eight — including Pete Rose and Joe Morgan — were playing for other teams too. I mean, WTF?? Then, as if it couldn’t get any worse, they fired their legendary manager, Sparky Anderson. They destroyed his team, then fired him for not continuing to win?! Everything was spiraling down, down, down.

I can remember exactly where I was standing when I heard the news about Sparky. I’d just left Dunbar Junior High, at the end of the day, and was walking toward my paper route. Some kid ran up to me and said, “Did you hear about Sparky Anderson?” Huh? I had no idea what he was talking about, and he was delighted when he realized it. You could see the excitement register on his face. He was going to be the one to deliver this devastating news!

Indeed, it felt like somebody ran a sword straight through the front of me, and out the back. I’m sure I had the Thousand Yard Stare, like some soldier who’d seen a bit too much. And it made that kid’s day. He was practically dancing and clicking his heels as he walked away. Dick!

That kind of thing still happens all the time. People LOVE to deliver horrible news. “Did you hear about Patti?! She’s dead! Fucking dead.” Wow. I haven’t seen you this excited since they moved the accounting department to Houston, and all those people were plunged into bankruptcy. This must be quite a memorable day for you. Dick!

Some people like to pretend they’re smart by being contrarians

Johnny Bench was my favorite player when I was a kid, and he was considered by most sane and educated people to be the best catcher of his era. This was almost settled science, as they say. There were few serious folks who would dispute this claim. However… I was constantly put into the position of defending my boyhood hero to assholes with dubious agendas.

“Sure, Bench is great and everything… but when you take a look at the big picture, I just feel [plug in some laughably inferior player here] edges him out. You know, when you’re talking about the complete package.” The most common players I got to hear about were Carlton Fisk, Ted Simmons, Gary Carter, Thurman Munson, and Manny Sanguillen. And all I have to say to that is HA! Especially those last two. Are you on acid?! Seriously? Or have you recently suffered some sort of catastrophic head trauma that’s making it difficult for you to parse reality?

Yeah, some of those people were simply trying to get a rise out of me (successfully), but quite a few just had annoying personalities that made them default to a contrarian setting. Oh, there’s nothing wrong with questioning conventional wisdom, I do it all the time. That’s not what I mean. I’m talking about shitheads who just automatically go against the grain. Or, even worse, the ones who believe it makes them seem smart or cool.

You see it all the time: people who claim the Beatles are overrated, that Alfred Hitchcock was a hack who got lucky, or that Seinfeld was a terrible sitcom for “the sheeple.” Hey, if you believe it, more power to you. But when everybody who knows you, from your mailman on up, is aware of your feelings on the matter, I get suspicious. It’s one of your “things.” And nobody should ever trust a “thing.” 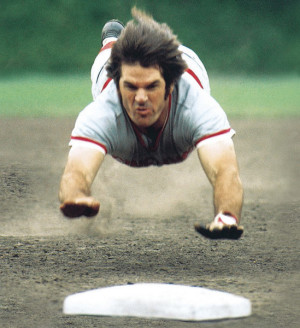 In 1989 Pete Rose, now manager of the Cincinnati Reds, was issued a lifetime ban from baseball for gambling. He was reportedly betting as much as $20,000 per day, and there was evidence he was wagering on the outcomes of Major League Baseball games — while participating in Major League Baseball games. Years later he admitted as much, after denying it for more than a decade.

Baseball was nearly destroyed in 1919, when it was discovered that members of the Chicago White Sox had taken bribes to throw the World Series, and help gamblers. Shoeless Joe Jackson, one of the greatest hitters of his day, was barred from the sport as a result. He spent the rest of his life in obscurity and disgrace, playing for and managing ragtag semi-pro teams in the South and working in a dry cleaning store.

And so, MLB’s stance on players and managers gambling, or even consorting with gamblers, was clear and unambiguous. The consequences were equally known. Just ask Shoeless Joe. But, when Pete got caught up in it… well, that was somehow different. Especially in and around Cincinnati. The justifications and moral-equivalency arguments have come unabated for more than 25 years.

It’s nothing to do with morals, it’s to protect the sanctity of the game, but everybody uses that as the argument. “If you start banning all the assholes, the Hall of Fame will lose half its players,” people say. “Hell, Babe Ruth killed a whore!” Um, no he didn’t. And anyway, you’re missing the point, whistle-dick. If fans start to believe they’re watching some corrupted exhibition cooked up to benefit the mafia or whatever, instead of an honest contest, the game won’t last. It’s about self-preservation.

But, people love Pete Rose, and use pretzel logic to come up with reasons why he should be reinstated. Even though he knew the rules, and knew the consequences, and did it anyway. Heck, I loved him too. And it would make me happy to see the man elected to the Hall of Fame before he dies. You know, on an emotional and human level.

But, if it doesn’t happen, I’m OK with that too. I don’t want to be like one of those college football fans, reacting to a player arrested for punching his stripper girlfriend in a drunken altercation at a dance club:

Player for the other team: “This is a monster we’re talking about! That man shouldn’t be anywhere near a football stadium, he should be in prison or a mental institution. What does it say to the youth of America if this maniac is allowed to play on Saturday? I can’t even imagine the horror that that sweet young lady endured at the hands of this out-of-control lunatic. I say enough is enough!” 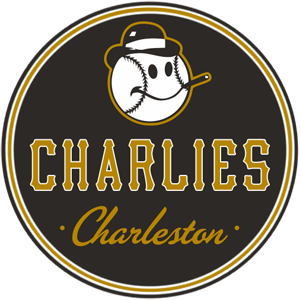 It’s usually best not to meet your idols

When I was a kid there was a Triple-A baseball team in Charleston, WV, a stone’s throw from where I grew up. They were called the Charleston Charlies, and were affiliated with the Pittsburgh Pirates. They played at a stadium called Watt Powell Park, which is gone now, and brought in many former (and a few active) players, to drive ticket sales.

And so, I got to meet some of the greats… I was a young baseball freak, and had regular access to many of the best players of all time. It was pretty crazy, now that I think about it. Today it’s all big money, and $75 autographs. But back then it was just a mob of kids surrounding some old dude in a leisure suit.

Almost all were aloof, and clearly wanted to be somewhere (anywhere!) other than this. It always broke my heart a little. You mean you don’t want to spend a few minutes with us? We LOVE you! People in this category included Mickey Mantle, Pete Rose(!), Sparky Anderson(!!), and Willie Mays.

Only one was a certified asshole: Hank Aaron. And two stick out in my mind as absolute delights: Bob Feller and Satchel Paige. Heck, Feller was pitching to kids before the game. How cool is that? And Paige acted like he was having the time of his life.

But, generally, it was a bummer. It was a contractual obligation, and their presence was their present. They did nothing extra, other than make an appearance: “Where’s my check, goddammit?” It made me realize that some (most?) of those guys were just mortal human beings, and how depressing is that?

And that’s going to do it for today, my friends. I’m off to my parents’ house this weekend, returning on Monday. It’s a quickie visit, squeezed in at the last minute before they go to Florida for the winter. I’m sure I’ll have some road tales for you guys. I’ll see you again soon!