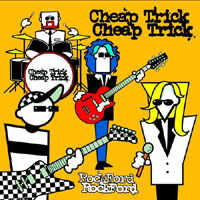 After Dream Police was released in 1979, Cheap Trick became erratic and consistently inconsistent. Next Position Please was pretty good, but it wasn’t up to the level of the early masterpieces.  And none of the other albums even came close.  Then something crazy happened…  In 2006 — 27 years later! — they released one of the best albums of their career.  It’s called Rockford, and if it had been released in 1980, it would’ve sold millions of copies, and spawned three or four big hit singles.  It’s shockingly good.  The band re-teamed with their original producer, Jack Douglas, but that only goes so far if you ain’t got the tunes.  On this album it all came together, again, many years after most people had stopped paying attention.  Who could’ve predicted such a thing? 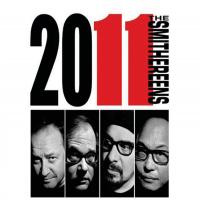 The Smithereens, of course, are a great power pop band out of New Jersey, who perform catchy-as-Strep Throat songs, tinged with a bit of melancholy.  Their first two albums are where their legend was made.  They are two of the finest releases of the 1980s. But their third and fourth weren’t quite as good, and their fifth and sixth were kinda dull and workmanlike.  The songs just weren’t there, and near the end of their original run, the band sounded tired. They parted ways, but eventually reformed and began releasing albums of Beatles and Who covers. What the hell, man? Then, in 2011, they dropped an album of original songs, and it’s a good one. Not as good as the first two records, but better than either of the second two…  It sounds like a great lost Smithereens album, from the classic era.  In 2011?  Amazing! 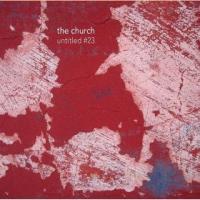 The Church had one radio hit in the United States: “Under the Milky Way,” in 1988.  And, unfortunately, that’s where many people’s knowledge of the band ends.  During the 1980s they released a string of fantastic albums, mostly known to record store-dwellers, and nobody else.  Indeed, there was a time in my life when I considered their second record, The Blurred Crusade, to be one of the greatest albums ever recorded.  It’s a dream-pop masterpiece, and all their albums from that era are nearly as good.  When they had their Big Hit, I hated to share them with the masses.  What did those people know about The Church?  Not nearly as much as I do, that’s what!  The band stayed together, and continued recording original music.  But it wasn’t until 2009, when they released their 23rd(!) album, that I felt the same emotions as I did while listening to The Blurred Crusade, during olden times.  It’s a great, timeless record, which sounds best at 1:00 a.m., or on a rainy Saturday afternoon.  Love it! 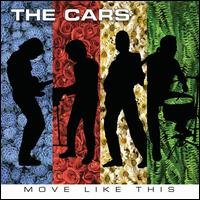 This one might be a bit of a cheat, but who’s keeping score?  Unlike the other bands listed here, The Cars were broken up for a long, long time.  So, this album from 2011 is a reunion — without Benjamin Orr, who died of cancer during the off-years.  But it’s better than I was prepared for it to be.  There’s a lot of energy, and the songs are great.  It’s not equal to the debut album, but I’d put it up against any of their others.  And that’s high praise.  I liked the Cars when I was in high school, and bought this record for nostalgic reasons.  I wasn’t expecting much, and got a lot.  The album is a blast, and I still listen to it all the time.  If you were a Cars fan, you need this.  The shit is good. 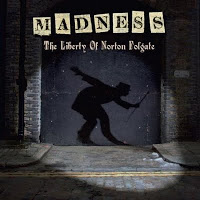 And finally, the album that really blew my mind…  How is it possible that Madness would release THE BEST album of their career in 2009?  It seems unlikely, I know, but it happened.  The Liberty of Norton Folgate came out of nowhere, and took its place at the front o’ the pack.  It’s not the crazed Nutty Boys ska of the first two albums, it’s more like the middle period, which begat their big hit, “Our House.”  But I happen to like that period…  You can file a lawsuit, if you’d like.  It’s very British, and reminds me of late ’60s Kinks.  The band released an album in 1982, called Madness Presents The Rise & Fall, which never came out in the U.S.  It was, before Norton Folgate, my favorite of all their records.  This album is cut from the same cloth: atmospheric, British, and loaded with great songs.  Better, even, than the 1982 album.  It’s one of the great surprises of the past few years: the best Madness album of them all!