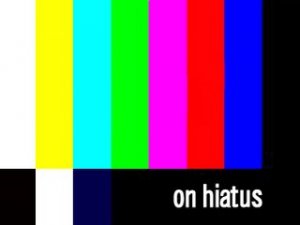 By the time you read this, I should be settled into Yurt 15.  My computer and notebooks will be positioned the way I like ‘em, and the place will smell like fresh-brewed coffee and Pine-Sol.  The ridiculous roundhouse in the woods will be mine until 10 am on Friday, and hopefully I’ll emerge with a completed third draft of my “book.”  If not, I’ll transfer operations to the library, and give it one final push.

I have hopes of updating the site somewhere along the line, but there’s a possibility it won’t happen.  I mean, let’s be realistic here.  So, I’ve decided to just drop five questions on ya, all at once.  And you guys can maintain the Surf Report while I’m away, by answering and discussing the various topics.  How’s that sound?

Needless to say, there’s no requirement to answer all of the questions (or any of them).  But you certainly can, if you’d like.  Heck, I won’t even be here to monitor it, so do what you want.  Within reason.  And I’ll be back as soon as possible.

Question 1:  What song would you like played at your funeral?  I’m thinking “Yakkety Sax,” or maybe just a CD full of Halloween sound effects.  What about you?

Question 2:  What’s the most overrated movie of all time?  I’m having a little trouble with this one.  Titanic jumps immediately to mind, but that’s the problem… it’s obvious.  I’m confident you can do better.

Question 3:  Who is the laziest person you’ve ever known?  I’ve worked with several lazy bastards who just showed up for a living, and didn’t have the energy required to lift their feet off the ground – they’d just cross-country ski down the hall – and slurred their speech because clear enunciation was too tall an order.  There’s no way to pick just one, because they were all the same.  Do you have anything on it?

Question 4:  What’s the most interesting thing you’ve done to pass the time, while sitting on the toilet?  I’ve brought in my laptop, of course, and sent my brother emails that read, “I’m emailin’ while crappin’!”  Yes, I’m 47.  What of it?  And when I was a little kid I ate a Fudgesicle while perched atop the throne.  My parents saw me coming out of the bathroom with it, and commenced to telling the entire state of West Virginia.  Sheesh.  What’s so wrong with eating fudge while pooping?

Question 5:  Excluding people and pets, what would be the first things you’d grab if your house was on fire, and you only had a few minutes to get out?  I’d go for my phone, laptop, and stack o’ notebooks beside my computer monitor.  No family photos, you ask?  Um… I’m sure Toney would grab them.  Right?

See you on the other side, my friends!